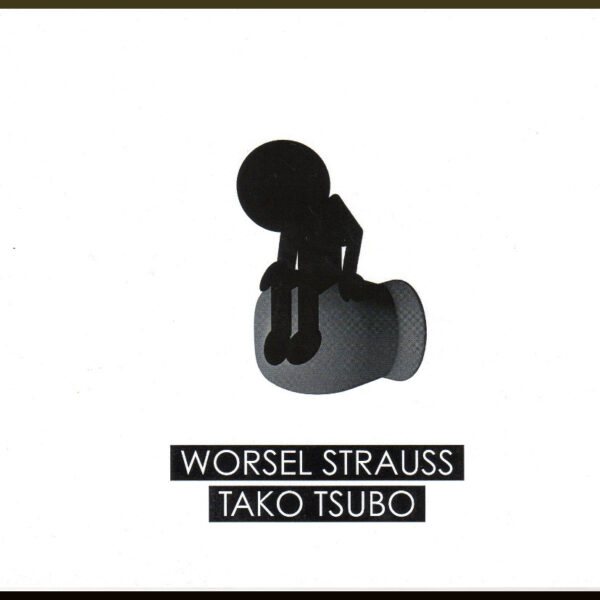 Vicmod have released albums by Cor Fuhler, Richard Scott, who I have encountered before and others such as Cray and Richard Lainhart who I have not, as yet. Strauss is based in Frankfurt, but apart from his Souncloud page, there’s seems to be very little online evidence of his activities. Which is refreshing in this day and age. Worsel Strauss has a previous album on Vicmod from 2012: Unattention Economy, and if you are someone who enjoys staring at bees – I do – I recommend you check out the superb video for “Swarm Intelligence” from that first album here.

Briefly, I’ll mention the “concept” of the stress-induced Tako Tsubo (Japanese for “octopus trap”) cardiomyopathy utilized on the sleeve of this item. According to the sleeve-notes, this condition is “represented by a sudden weakening of the heart muscle [where]…the left ventricle take son a shape like a fishing pot… triggered by emotional stress such as a break-up, the death of a loved one or by severe anxiety”. This is represented by a rather depressed-looking stickman sat on a “fishing pot” shaped object on the front cover. Overworked the concept there, a little bit I feel, as far as the packaging goes.

The music is another matter. Contained within is electronic music of the contemporary type: well produced. Lively and powerful, utilizing analogue synths and/or digital approximation software thereof. The opening track, “Ribcage and Heartbeats”, sets the tone. If not exactly dancefloor-friendly then certainly appropriate for an after-party or “chill-out area” if such things still exist. As the album progresses, the beat programming becomes progressively more sophisticated and web-like. Consistently strong throughout the course of the album with little nods here and there to music concrète and the electronic music pioneers. There’s also plenty for fans of 1980s synthesiser music to get nostalgic to. There are echoes of the Sequential Circuits Prophet synths that bands like Japan, Yellow Magic Orchestra or Duran Duran used to use. Deadmau5 is one of the current crop of star producers who apparently uses the Prophet. Strauss’ approach is brutal and unsettling occasionally and is certainly a long way away from the lush atmospheres those 80s popsters used the Prophet for. Similar in tone if not actual timbre to Skrillex or Venetian Snares (without the machine-gun drum n bass programming), if that sort of comparison makes sense to you. At the heart of everything is great sounding analogue-type drum machine sounds. Warm and powerful.

A few years ago, I was fortunate enough to visit Cantos in Calgary; the amazing keyboard instrument museum, where they have an old analogue Wurlitzer Sideman drum machine on display. The Sideman was intended to be used as an accompaniment to home entertainment keyboards when it was launched in 1959. Little did the engineers at Wurlitzer know that only thirty years later, across Europe and further afield, teenagers would be spending their weekends in dark rooms dancing more or less exclusively to the drum sounds made by Japanese copies of that machine. When the Sideman was demonstrated to me at Cantos, it produced the most beautiful, warm analogue drum sounds: all those familiar electronic kicks, snares and hats we all know and love, but somehow more warm and present than any digital approximation. After all, this is a drum machine with valves, like an expensive guitar amplifier might have. Beautiful. There’s no information about the equipment Strauss uses, but for me, he’s done a wonderful job with the sounds here.