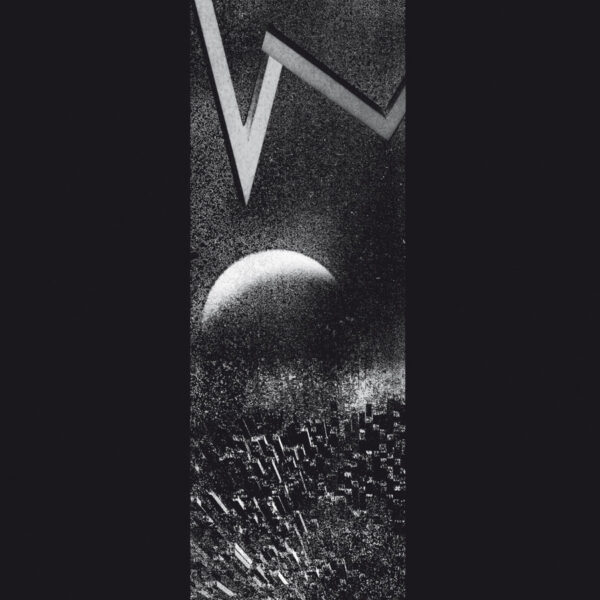 Formerly known as Przed Pa?stwem Rara, Poland’s now-truncated Rara are a trio who purvey (apologies in advance) a kind of ambient folktronica (sorry again) that weaves acoustic guitar, percussion and low-key electronic textures into moody dreamscapes – both oneiric and nightmarish – which are well-suited to the gothic whims of the Zoharum label. While their new album, W//\TR, is generally warmer and more emotive than the black metal ambience hinted at by the cover, the 10-minute opener ‘Echo Planety’ leaves us little the wiser. This, the longest of the otherwise intermezzo instrumentals, is a runway taxi of echo pedal-drenched shoegaze guitar with all the glory of the first yawning in millennia of dawn light across a distant moon. It’s a fine scene-setter for the epic theatrics that subsequently emerge from subterranean strata of crisp, ornate finger-picking, bubbling synths and deep, droney undercurrents that add drama to ambivalent chord progressions.

While much of this is to seemingly simple pastoral effect, Rara also know how to throw a ‘country’ shape or two, whether it’s affecting the slow southern drawl and wild west mise en scene of Angels of Light’s no country for old men (‘Gen Planety’) or the more rustic charms of a fair-voiced maiden (one Kuba Ziolek) singing to the night (‘Przynie? To Z Nocy’). All nice enough, though there are unsettling anomalies like the risible electro-goth segue halfway through ‘Pasa?erowie Wiatru’ or the moist male whispers that follow a plangent guitar into the ear canal in ‘Szepty W G?owie Elly Brand’. Mood killers both.

There is ear-balm aplenty however: ambient interludes that provide recovery time, and the more soothing female voice that dovetails with itchy guitar lines, recalling some of Stine Grytøyr’s plaintive contributions to Ulver’s Marriage of Heaven & Hell. In fact, W//\TR shares a good deal of that album’s mannered and musically omnivorous gothicism: primal undercurrents of tethered frustration beneath ornamented structures (and the odd power-chord pyramid), suggestive of a reservoir of archetypal power that gives form to all physical appearances. Some might find W//\TR‘s stylistic shifting a tough swallow, but Rara’s musical blending is an accomplished one, lending W//\TR a sense of fractured identity well-suited to their recent change of name.