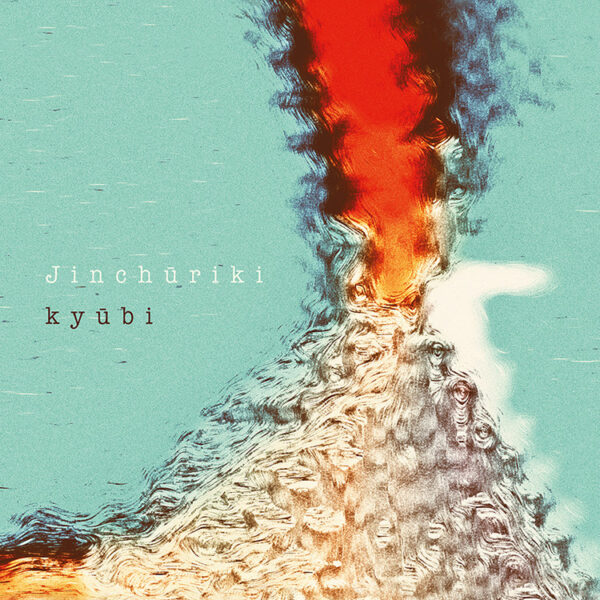 The Kyubi (NAKAMA RECORDS NKM005CD) record is by Jinchuriki, a duo of Norwegian violinists Håkon Aase and Adrian Løseth Waade. You may be familiar with them through their other group Filosofer, and Waade plays in the quintet Nakama as well as the much larger improvising group Skadedyr (noted previously for their record with the big crab on the cover). Kyubi is an understated and largely quiet acoustic record, with 20 short tracks – it’s a bit of extra work to get onto its wavelength, as the musical statements are so brief that they pass by before you even start to pick up the vibe of where these two mysterious Norwegians might be coming from. But there are interesting details and textures hidden inside these concise, blank utterances, and it’s worth persevering for the moments when they get quite worked up, packing a large volume of frenetic plucks and abstracted notes into quite small spaces.

They also like to limn imaginary snowy landscapes, using creaky scrapes and long tones from their wooden devices and strings. The aim of these musicians is something to do with exploring limits – of their instruments, of their sound, of themselves; perhaps they have in mind the musical equivalent of a commando weekend where you’re dropped onto a cold moor wearing only a vest and pants. It’s to their credit that they keep these observations so brief; the average innings here is less than two minutes, and their best pieces zip by in about 40 seconds or less. I think if they stretched into the 7 minute zone, a practice which by the way seems to be de rigeur for many improvising combos, they might turn into flabby, boring drones. However, brevity doesn’t always equal profundity, and some of these tunes can seem inconclusive; but at their best, Jinchuriki pose acoustic riddles which you can puzzle over for hours.

The cover image, also by Håkon Aase, seems to suggest a volcano emitting a fiery plume and much smoke, but a volcano is the last thing on the listener’s mind when faced with these gentle and rather cold musical miniatures. The names Jinch?riki and Ky?bi apparently both come from a 1990s manga and anime series called Naruto, which tells the story of a disaffected teenage ninja warrior. From 26th September 2016.