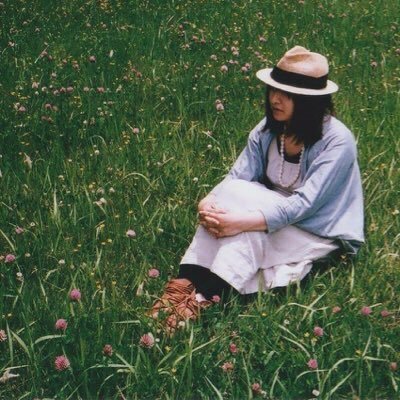 Japanese musician and singer Chihiro Butterfly has prepared her own personal response to the earthquake that struck eastern Japan in 2011, a disaster that “ravaged” her home town of Sendai. After five years of contemplation, she has produced After 3.11 (ACCRETIONS alp061), a record which at first spin may seem like an upbeat contemporary pop record – strong melodies, mechanical beats, and heavily processed vocals, including the ubiquitous autotune. However, it would clearly be incorrect to mistake these songs for good-time party anthems, and there’s an undercurrent of deep sadness informing each piece here, even if us Westerners can’t understand the Japanese lyrics. She does it in collaboration with a number of European, Korean, and Japanese artistes, including Yosuke Fukimoto, Experimental Feelings, Ruxpin, AYOTA, H. Wakabayashi, and more; every track appears to be a joint work. Maybe the theme of the record is pulling together to overcome these grand tragedies; titles like ‘With Our Hands / We Form Contact’ might confirm that sentiment. Likewise the image printed on the CD, rolls of camera film arranged into the shape of a heart, suggesting something about the documentation of an emotional truth. While this record seemed somewhat “twee” to me on early outings, I’m warming to the no-nonsense manner in which Chihiro sings her songs, an index of tragedy and personal pain nobly borne. She’s a pianist and jazz player, who has done film soundtracks and TV commercials; among her other talents, she boasts a four-octave vocal range. From 13 September 2016.