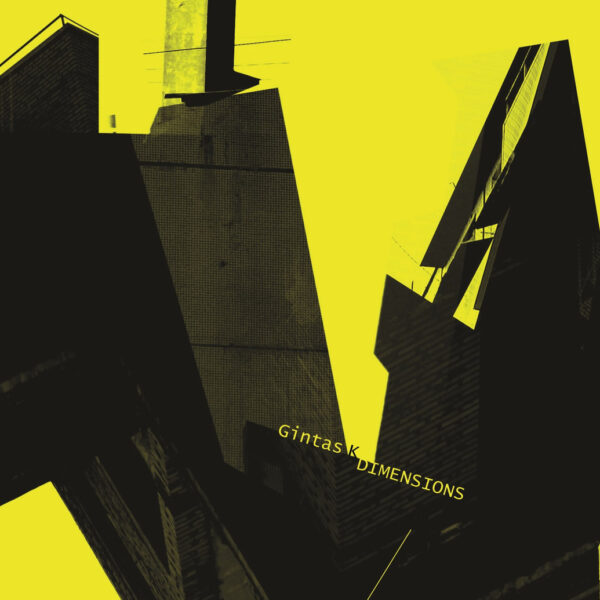 The enigmatic Lithuanian Gintas K. has featured in these pages numerous times, on each occasion baffling the curious listener with his quasi-scientific studies in glitchy electronica and producing mysterious sounds which seem to be taking place on a sub-atomic level. Maybe he reveals otherwise hidden events; maybe he’s the agency that causes them, dressed in his impersonal white overalls and goggles. His Dimensions (FROZEN LIGHT FZL042) album is mostly devoted to a 35-minute experiment he conducted in Vancouver in 2015, at the 21st International Symposium on Electronic Art. There seems to have been a theme, or even an actual venue, called the “Immersive Sound Room”, where you would have found Gintas K. and his set-up. He did it using Plogue Bidule, which appears to be a particular kind of “virtual instrument” supported by various plugins, and which runs on popular operating systems. When one sees screenshots of this modular creation studio, one can only guess at the possibilities. It so happens the vendor is Canadian, so perhaps Gintas K. was taking advantage of an exhibitor at his stand in Vancouver that day. While he mentions the use of midi keyboards and controllers, the real point of interest here is that he did it live. It kind of shows, too; there’s an urgency and nervousness in this cybernetic jumble that I don’t usually sense from the cryptic, faceless Mr. K. It also sounds fairly loopy and unhinged in places, evidence of the software running away with its own ideas like an army of demented cyber-crabs scuttling across a digital beach of tiny pebbles. The album is rounded out with ‘antras galas’, six mins and 30 secs of even more crazy wriggles and splintered demons, winging their way madly inside a glass jar. One of the more extreme entries in the “glitch” genre, and a jolly time. from 7th September 2016.