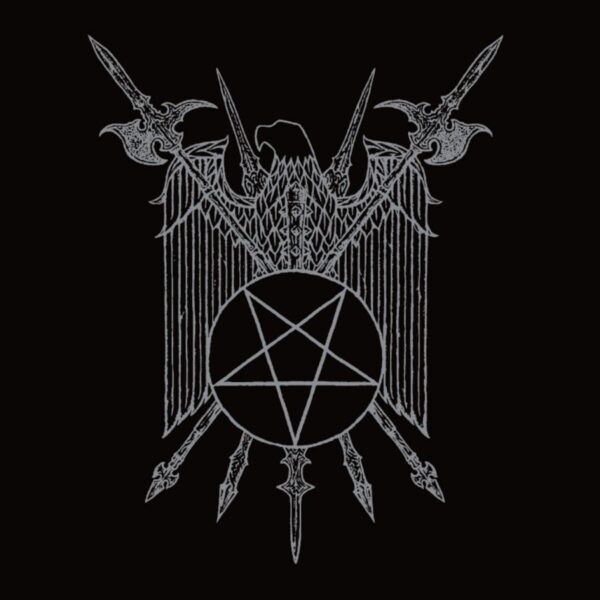 Named after Simo Häyhä the famous Finnish sniper said to have killed over 500 enemy combatants during the 1939 – 1940 Winter War against the Soviet Union, this band from Lappeenranta aims to do the same to you as its namesake did over 70 years ago: out of the icy cold and silent Arctic comes forth sudden terror, striking swiftly and killing you stone dead, then disappearing back into the blank whiteness as mysteriously as it arose. Well maybe killing you stone dead is overkill; the band members might be more interested in stunning you temporarily with precision-cut rock-blasting icy black metal that harks back to the classic second wave of Norwegian BM.

Opening track “Born of Unholy Fire” shoots straight between the eyes and ears with its payload of dense blackened rifferama and nuclear-powered blast-beat percussion. The crabby vocals, spilling out lyrics of defiant Satanic worship, nearly trip over the words as fast as they come out and are best treated as another sonic textural element in the rapid-fire music. There are death metal influences in some of the song’s rhythms and a strong melody in parts. Most songs are actually very distinctive in their riffs and melodies – some even have catchy pop hooks – even though they’re super-fast and if you sneeze at the wrong time, they’re gone forever. For all their speediness, the songs flow well and possess quite a lot of drama and mood. Early songs like “Kaste” and “Immortal Hunter of the Moon” pack in enough distinct riff and melody hooks that they could be ideal singles if the band ever considers angling for a more commercial audience.

While faster, more aggressive tracks like “Goat Emperor” have their appeal, slower songs like “Warpath” are a better showcase of the band’s talents and ability to incorporate melody and work in rhythm structures and mood to produce complex music in very self-contained songs. The faster songs come earlier in the album, giving way to slower songs with a greater range of mood and expression and which sometimes reach quite epic and majestic proportions. The closing track is the most complex and varied of all, including as it does an acoustic guitar introduction, a mix of melodic hard rock and BM, and matching voices that give the song a hardcore punk edge.

The album has something to satisfy nearly everyone, from die-hard old-school BM fans to those who like pop melodies or dense, almost symphonic metal that reaches for the stars, without sounding forces or calculating. White Death pay their respects to classic second-wave BM in a highly individual and often quirky way that’s minimalist and straightforward in style.