Unfortunate is the timing of this new arrival from Ilpo Väisänen – former Pan Sonic partner to the recently and sadly departed Mika Vainio – which, through no fault of its own, renews the sting of that prodigiously prolific ex-cohort’s death. Compounding this exceptional timing is the rumour of its being Väisänen’s first solo work in 16 years, though such pretensions to the momentous are quickly thwarted by the facts of a) his solid cohort of contemporaneous collaborations (many, poignantly, featuring Vainio) that show his to be a similarly workhorse constitution; b) it isn’t his only solo work: the recent I-LP-O project features a solid lineup of Ilpo, Väisänen and himself; the trio but a masquerade. What’s more, Syntetisaattori Musiikkia Kuopiosta is but a mini album and not a game-changing one, but I think I’d best move on lest I talk readers out of reading on.

‘Osat’ parts 1-9 cover some ground. Though much less abrasive than many of Pan Sonic’s balls-out blitzkriegs, in a blind-test situation Väisänen’s restless yet understated rhythmic peregrinations would still draw comparisons to the ‘other’ act. ‘Osat 1-5’ pushes pattering, pulmonary palpitations that murmur like muffled machinery in an envelope of escalating hum, setting up a spell of car-sickness-inducing arrhythmia in its final lap. Flipping over, ‘Osat 6-9’ pulsates with Porter Ricks-style nautical dub and the squelchy gibberings of dolphins deftly navigating the sweeping bleeps of depth-sounding technology. Lacking both Pan Sonic’s napalm distortion and military stamina, movements are brief and sufficiently well-blended to keep ‘the rut’ at an ever-comfortable distance and ensure a taut and enduring freshness in even the dourest and most impersonal moments. 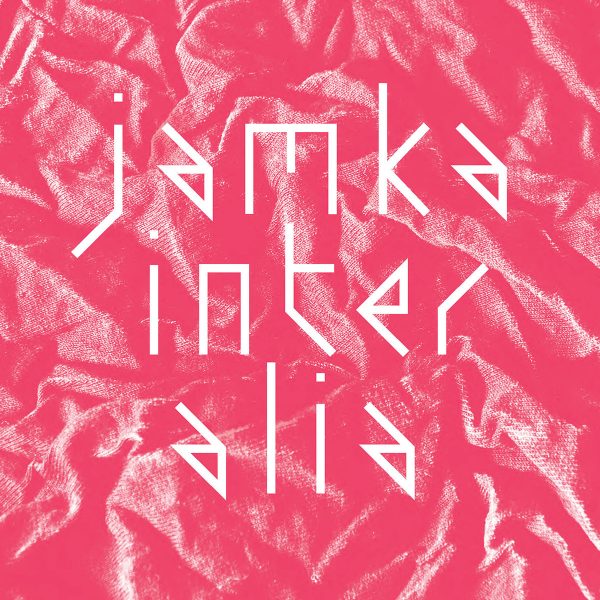 Keeping Pan Sonic firmly in mind (and in recognition that those operations were long-closed before Vainio left us) is this brief blast of dread-inducing drone techno, responsible for which is Jamka aka Slovakians Monika Subrtova and Daniel Kordik, who have issued a steady trickle of such artisan efforts in the last decade and a half. Tracks like ‘Patemp’ and ‘Anazmo’… well, this whole album… makes liberal use of panic-inducing drones and dub-flavoured attack formations of sinewed and bludgeoning beats; making a virtuous show of punishing discipline; exhibiting fewer of the excesses of distortion and over-production than those Jamka model themselves on – your Regises and Techno Animals – not becoming over-repetitive, though breaking no rules either. This is ‘clean’ techno for clubs where the only hint of danger is the smoke they pump in to make punters thirsty, but it’s ideal for those who prefer home-listening to the slap of recognition that one is at least a decade older than every other tight-assed white-boy doing the dancefloor indie-shuffle.