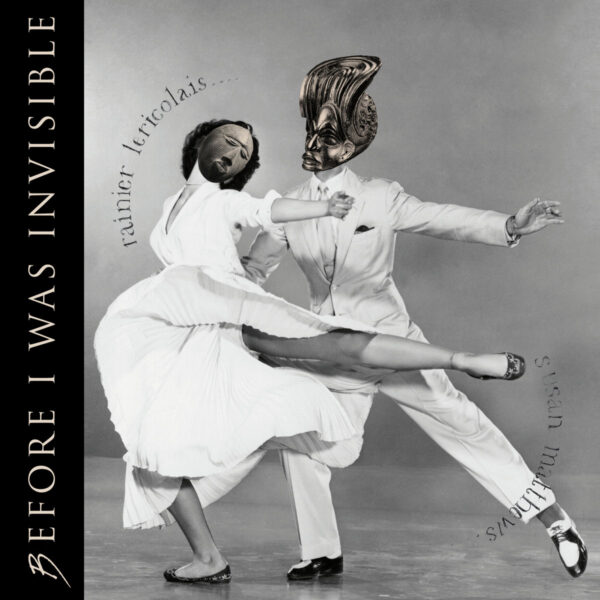 On Before I Was Invisible (SIREN WIRE / WILD SILENCE), Welsh songstress and pianist/composer Susan Matthews teams up with the French visual artist, record collector and musician Rainier Lericolais. This multi-media fellow has hung his work in many French galleries and collaborated with a number of excellent musicians; it seems he’s released over a hundred records, with evocative titles such as Médiumnique Musique and My Song Exaggerated To Dilate Horizontally. He and Matthews have worked together before, for instance on When The Ghosts Are Within These Walls and Homothetique Ricochet, both small-run editions published in 2008 by Matthews on her own Siren Wire Records imprint. Lericolais lends his collage skills to create the cover artworks for this album. They’re a tad conventional, in thrall to Max Ernst, but that’s no bad thing – and they suit the mood of this delicate and enchanting release.

‘The Healer’s Art’ is an extended work of minimal piano trills, gently pulsating electronic tones, and a compelling mood so taut you hardly dare to breathe…occasionally interrupted by fragments of a song delivered in a hesitant voice, a plaintive whine from a woodwind instrument, and distorted found recordings that might be coming from the mouth of a mechanical doll made in the time of Benjamin Franklin. If the plan was to try and pin down the mysterious moods of a dream on tape, much as the surrealists aspired, then the collaboration can be counted a success. Some may scorn its fragile and introverted surface; not me. If you enjoy the somnambulist worlds of Joe Frawley, this eerie broadcast from the night gallery is the one for you.

‘Truth Past the Dare’ is likewise a series of long tones, presented in an unhurried and non-linear fashion…the musicians seem to bring in sounds or musical drones as needed, rather than adhere closely to a schematic plan. Intuition may be a key word here. A beautiful piece to be sure, even if at times it comes close to tipping over into romantic sentimentality.

‘Your Ghost Moves With Me’ is a piece which in title continues the preoccupation with departed souls and vanished friendships, themes alluded to on the earlier 2008 album, and is another highly beguiling work; the voice of Matthews is repeated and overlaid in short, non-logical loop patterns, producing strange overlaps and harmonies, the breathing and short phrases creating a diaphanous mosaic of sound. This translucent veil of vocal music is occasionally bolstered with percussion samples that appear like unexpected supernatural visitors, and the puzzling mood is deepened as the track develops into a quiet and meditative stretch, with very distant and muffled piano music, backwards tapes, and other foreign elements. This piece builds on the dream-like atmosphere established by track 1, and whisks us away further down the pathways of Slumberland towards an oneiric oblivion. We might never wake up again, and we feel excited by the dangerous prospect. From 17th October 2016.