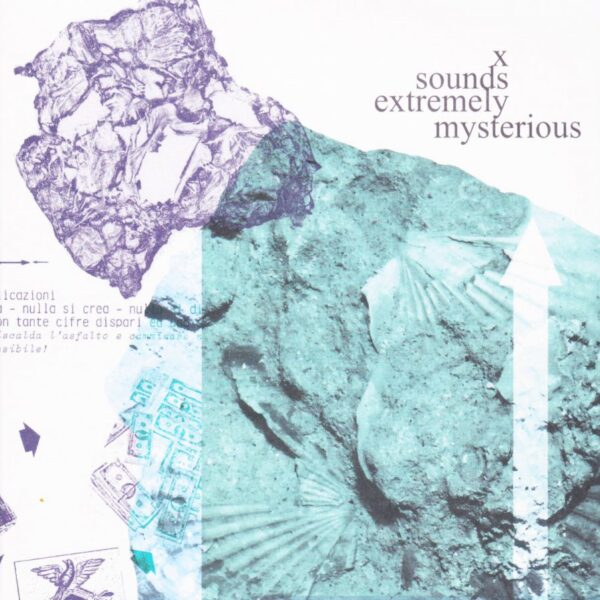 The emergence of this bulging quad c.d. box set comes as a homage to, and an overview of the works of Italian composer/multi-instrumentalist Massimo Pavarini (1970-2012). A nicely appointed retrospective details his genre-hopping career from the years 1988 to 1994, showing a restless, mercurial talent who, as contributors to the accompanying booklet will attest, was also his own sternest critic. Projects that began with the best of intentions would be casually ditched and bulk-erased from the memory banks, much to the chagrin of his close friends and contemporaries. I’m thinking here of someone that, working practice-wise, seems to resemble Arthur Russell (himself no slouch in rapid genre shifting), combined with the mindset of a pre-fame Syd Barrett. I seem to recall reading that a number of his works at art college would be discarded/destroyed (?) soon after receiving their very last drip of paint, as if going through the artistic process was an end in itself. However, in Massimo’s case, his work has been retrieved from places unknown and have been lovingly and painstakingly restored.

“Alea”, his debut, matches arthouse electronics against hushed piano introspection and was originally issued in cassette only format on the Rosa Luxemborg label. On “Alloro a Colazione”, we can see the dapper spirit of Monsieur Erik Satie hovering over those ivories, genie-like. But that largely unadorned piece ill-prepares the listener for the eye-watering gas cloud of white noise that eventually engulfs “Over the Rainbow” (from ‘The Wizard of Oz’ (!)). Dear Judy and her mutant entourage would soon realise that some things are even more psychologically disturbing than those damnable flying monkey-things. The startling “Impulso è Rigetto” has Massimo ‘breaking glass in his room again’ with lung-straining sax skronk and mangled guitar emissions recalling certain violent juxtapositions/jump-cuts found in the early Goebbels & Harth songbook. The “Undicititoli” collection (c.d. no. 2), sadly unreleased at the time, again finds our teenage (!) hero teetering between light and shade. For every “Nativo”; a bewitching Italian cousin to the “Kes” soundtrack, there’s always an “Ingrandire un Policlinico”, in which pounding drum tattoos are but a mere click-track set next to the ‘a to z’ of factory demolition tonalities that follow.

Another artistic zig-zag takes place with the “Danze” c.d. with the artist in question’s apparent brainwashing at the hands of the sinister house/techno-ambient cabal. Well, I’m happy to report that their efforts weren’t that successful as tracks like “The Good Clerk” and “the Curling Ducks” are too hard-edged to occasion thoughts of the loved-up ones throwing shapes with glo-sticks. Mercifully, this approximation of a U.K.-based ‘scene’ (cough) has been partially bent out of shape by an outsider’s p.o.v. and seems to align itself with grainy b/w photos of Hard Corps or Nitzer Ebb instead.

Massimo’s collaborative exploits find a home on “Gruppi”, the final disc in this foursome, and covers his involvement as principal drummer/rhythmic synthesist with Le Orbite, Marmo, Le Forbici di Manitù and Tomografia Assiale Computerizzata. Recorded mostly live, Le Orbite were a 2g/b/d vox outfit that could’ve easily slotted into the Creation Records roster right next to Slowdive. This kinda ‘my bloody mary chain-lite’ choonage (at its best on “Over and Over” and the “6 Colori” instrumental really does fail to match the sense of invention displayed on the previous discs. Sadly, the lure of a bowl cut and a hooped t-shirt must’ve proved to be too overwhelming…

An earnest/moody vocal package and trebly white boy funk guitar signals the arrival of Marmo. Excised from vinyl/cassette comps, the Hula/Chakk-esque rumblings reach their boiling point with Massimo’s ‘noise guitar’ cameo on “I Cinque Angoli”. Laboiusly slow grinding, subterranean rhythms and T.A.C. leader Simon Balestrazzi’s dark mutterings and insinuations seem to share thoughts and deeds with Anti-Group and 23 Skidoo. But perversely, this mainstay of the Italian underground (for over twenty years…) hits real pay dirt with “Ingoiare Chiodi” (from the “Hypnotischer Eden” c.d. on Discordia) which could almost be a great lost Morricone theme. Those chasing unusual sonorities scoped from exotic sources will do a double back flip over T.A.C.’s genius deployment of scraped propellers, ‘walkie-talkie’ voices, Ethiopian drums and the Turkish Zurna. Le Forbici di Manitù’s piece marks Massimo’s last recorded work. With its archetypal synthetic waveforms, “Esilio nel Deserto delle due Lune” could easily have hatched from any period in the last half century or so and is taken from the “Luther Blissett Soundtrack” on Alchemax Records.

So there we have it… a long ‘n’ sprawling response to a tragically brief yet sprawling career path. A sincerely constructed tribute from drawing board to finished article.