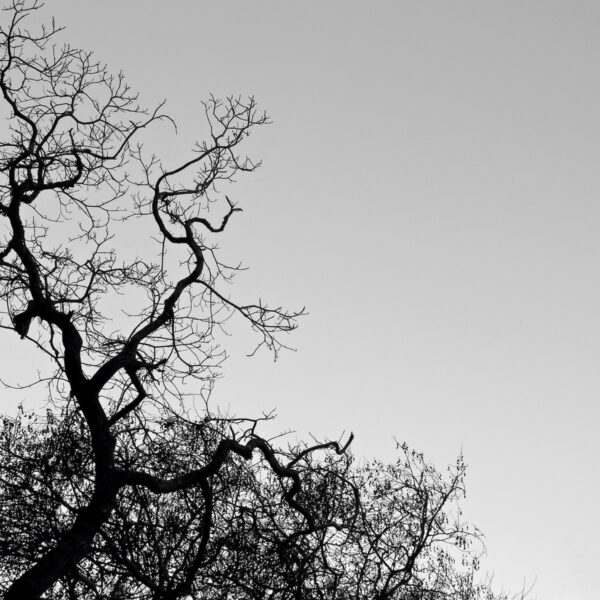 We’ve been enjoying the playing of Portuguese viola player João Camões for many years now, mostly heard through his work with the undersung Algerian synth player Jean-Marc Foussat, but his appearance in the trio earnear was also worthy of mention. Today’s offering is all-acoustic however, and the five-piece Nuova Camerata perform pretty much as a classical string quartet, with the addition of a marimba. Besides Camões with his hard-working instrument, there’s the violin of Carlos Zingaro, who may just be the veteran of the group – he’s been improvising since the early 1990s, and in fact there’s an early-ish record from 1988 which he made with the great Richard Teitelbaum which I’d love to hear. Zingaro has appeared on some big labels (FMP, Hatology, For4Ears) and worked with some big names – Evan Parker, Joëlle Léandre, and Paul Lovens. The cellist Ulrich Mitzlaff is German-born, but he’s made his home in Portugal now, and played with many local musicians including the Lisbon Improvisation Players. There’s also Pedro Carneiro, classically trained marimba player, who once made the gaffe of releasing a record with the unfortunate title of Crazy Mallets, and the bass player Miguel Leiria Pereira, a sometime member of Variable Geometry Orchestra.

The group’s debut record Chant (IMPROVISING BEINGS ib50) arrives as seven separate improvisations, simply titled Chant I-VII; it reflects their shared interest in free improvisation as well as “contemporary erudite music”, as they would have it. What this means is a vaguely solemn tone to the day’s listen, and a slightly cold and slightly stiff way of playing, which doesn’t appear to have much of a jazz feel behind it, and suggests the players are more likely to get their kicks from a dissonant evening of Schoenberg and Alban Berg than from Mingus or Ornette. But this comparative lack of warmth is more than compensated by the assurance and precision of the playing – each dissonant collision is delivered with confidence and bravado, and the music does not want for drama and incident. There’s also a certain amount of “acoustic noise” in the mix for those of you listeners who can’t help hearing a little bit of Merzbow in everything; by “noise”, I mean the high-pitched whines of the violin and viola when they suddenly swoop up into the stratosphere, the rattling low scrapes from the double bass, and the vaguely percussive attacks that result from desiccated vulture-like claws clutching at wood and strings in a predatory fashion.

When you experience all of these elements swirling together in the high-quality recording stream that’s been pressed onto this disc, you’ll certainly be glad you checked in to this Nuova Camerata. While at times it feels like Carneiro is slightly out of step with the team with his stilted marimba playing, he does provide an interesting spine to the music, and an additional musical flavour without which the record might start to appear samey. When the other players run up and down their scales in a crazy free-form fashion, he will be there making a sympathetic scuttling sound like a large centipede running over the rocks. Lastly, note the cover photo; usually when I write about acoustic stringed music I dig out my well-worn metaphor of bare twigs and branches, but this time the visuals are already doing it for me. Very good!. From 18th October 2016.

“Thank you very much for your review and congratulations for your beautiful artwork!

“Is the only a small detail, but please allow me to clarify: the unfortunate title you mention on a very old disc of mine (Crazy Mallets) is not mine, but simply the title of one the compositions by one – so it seems in this case – unfortunate composer.

“With thanks once again, all good wishes,

“(message dictated due to shoulder injury. Apologies for typos and other possible mistakes)”