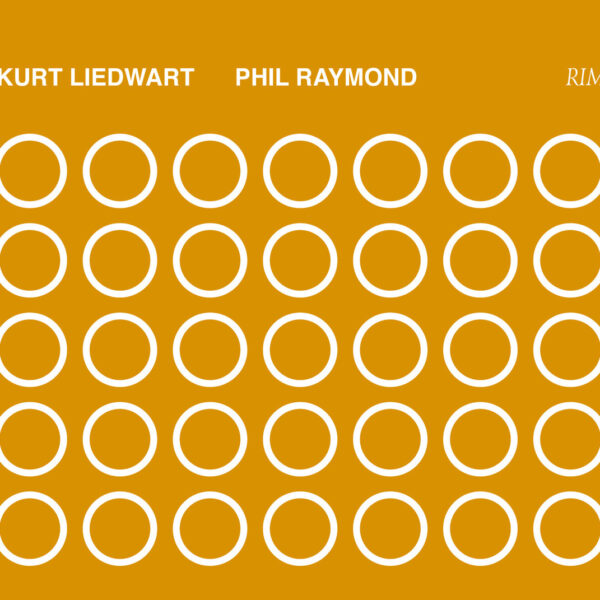 In a possibly deliberate move, label head Kurt Liedwart has arranged the two names on the sleeve of Rim so that his makes the word “LIED”. It is this kind of wordplay that allows me to theorize wildly about subliminal messaging and unconscious communications. I won’t bore you with my crackpot theories here though, rest assured. Polymath Kurt Liedwart plays lloopp, electronics and percussion on this studio session. As well as running Mikroton, Liedwart has evidence of his previous activities documented on Intonema, Theme Park, Hideous Replica and Copy For Your Records. He also designs the packaging for most if not all Mikroton releases. His counterpart on this particular outing, Phil Raymond, contributes “computer percussion” to these five pieces of full-strength machine-drone, identified only by their individual duration. Raymond is currently resident in Moscow and has released a previous download EP via Mikroton called Absence in 2008, half of which was also released on the compilation The Best Of NTNS Radio. The following year he and Liedwart joined forces, Raymond allowing Liedwart to repurpose his percussion recordings in a live setting. As the Mikroton website states: “Liedwart created inventive systems of sound matters, working with both percussion and electronics, carefully adapting [the] other musician’s materials”. Here on Rim, the evidence of their collaboration forces the limits of what we understand electronic music can be. The resulting tangle of crackling, chittering, grinding, whirring, bubbling, skittering implosions, is mastered with empathy by Ilia Belorukov.

Opening with “10:58”, a giant slab of grumbling printed circuit boards, desiccated by freezing tundra winds, Rim starts as it means to go on. Giant oil tanks rub against each other while contact mics the size of steel pans burst out of the ground at the ends of mile-long runs of armoured cable. The second piece, “3:52”, begins and I panic, thinking my ears have re-blocked after I suffered with crippling sinus pain on a flight the week before, and became temporarily deaf in one ear. All I could hear was the sound of my own head filling up with phlegm, with distant popping and crackling replacing the things my family were actually saying to me. Frustrating for me, but probably much more for them. “9:27” is the sound of my ears suddenly – and violently – unblocking. The fourth piece; “4:16” begins with what sounds like two mountainsides rubbing against each other. Clearly one or both of these two artists spend their free time contact-mic’ing geology. The long final piece, “22:45” is monumental and granite-lined. Tectonic plates quiver and bend. Time stops. You can hear the icecaps melting.

Putting the melodrama of the Noise genre aside, I consider the music on Rim as some of the most extreme electronic music I have ever encountered. Furthermore, I see this music as a protest. It is a protest against what modern life has become; about lies dressed up as truths, about manipulation, vested interests, greed, ignorance, discrimination. It’s about burying our heads in the sand; at the same time allowing ourselves to become wilfully misinformed. Last year, 2016, saw many opportunities for positive change squandered. To me, despite being recorded in 2009, Rim is like a blow-by-blow account of that year in sound and spirit.