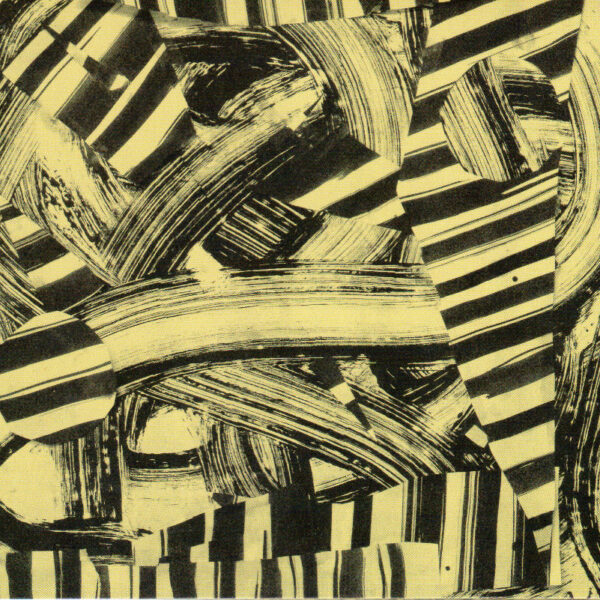 The Dolores album (VETO-RECORDS 017) is by EKL, and is a slightly unusual entry in the Veto-Records label run by Swiss cultural guru and saxophonist Christoph Erb. It’s more abstract, noisy and gritty than we usually expect, and the opening title track in particular is a real gem of concrete groaning and scraping, more like industrial noise than free jazz. This quality may be due to Emanuel Künzi the percussionist, scraping his cymbals in errant manner, or perhaps the pianist Raphael Loher who also plays the Wurlitzer and is not averse to the “prepared piano” approach. A nice teeth-grinding opening so far. And let’s not forget that the word Dolores is Latin for sorrow, a word which sets the tone for what follows.

The mood of uncertainty and doubt carries over into ‘Delirious’, where the trio sustain a mood of free-form angst in slow motion for nearly nine minutes; a true “wasted junkie” epic, whose grim percussive textures are not lightened by the pained moans which crawl out from Erb’s wounded sax. More gloom to be savoured in ‘1277’, which achieves its despairing mood in quite minimal fashion, with random piano rumbles from the lower depths and much menacing rattle from the percussion section. Loher’s occasional sprightly trills on the upper register feel like the futile attempts of an alcoholic trying to see some sense in life at 4AM after he’s finished his third bottle of wine. ‘Rose Dolores’ is equally subdued and forlorn, but daunted listeners may take heart in that it resembles a Miles Davis ballad, except it’s been rethought in schematic form, and plagued by the kind of existential doubts that only a Swiss intellectual can muster. The closing track ‘Do lo re’ is even more schematic, and its solitary unconnected notes can barely be said to hang together at all. This music strikes sheer melancholy into my heart, but does it with uncanny precision, almost emotionless in its accuracy.

Dolores isn’t entirely downbeat and melancholic, but the single up-tempo tune on the album ‘Lola’ is a be-bop party piece and feels out of place here. I wouldn’t have complained if the trio stuck to the theme throughout and came up with a relentless 40-minute wrist-slasher fit for beatnik junkies and winos. As to the musicians: Raphael Loher is well informed about contemporary music and free improvisation, but interestingly his first love was Champion Jack Dupree; I’d like to think we could hear traces of Dupree’s boogie-woogie stride in his style, but it’s buried under layers of Cage and John Tilbury. Loher made an excellent record Te Shii Es Tah as one third of Sekhmet, same label, and noted here. Emanuel Künzi is a jobbing drummer who plays in at least ten contemporary Swiss jazz bands, of which I’ve only heard of Anna & Stoffner. The trio EKL has worked together for two years, and recorded Dolores in late 2015 after their first series of touring concerts. The cover art is credited to oter&zbin; the front looks like a sarcastic riposte to American abstract expressionist painting, created by near-random collage methods. The inside image is better, showing a sexless blob of a nude lying down in an alley and surrounded by bricks. This figure has a vacant grin on their face and has clearly been emptied out by life, leaving a vacuum behind, an empty shell of a carcass. Arrived here 27th October 2016.