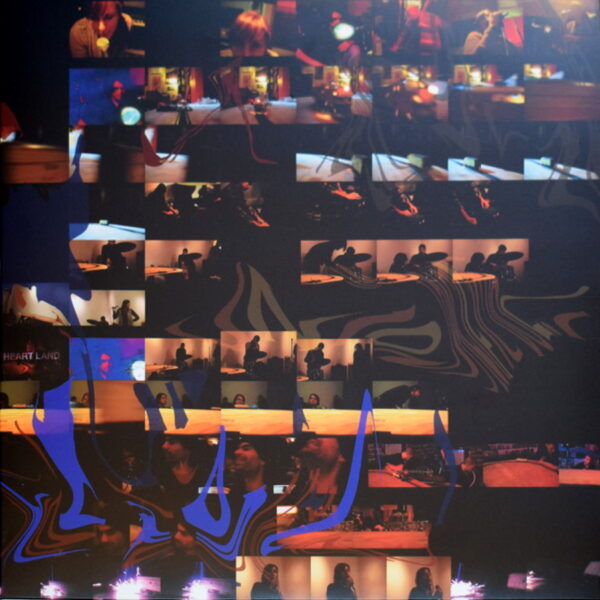 Many years ago we received and noted two unusual records from Cream Of Turner Productions, a label based in Philadelphia. Both Heart Land and Sunlore existed in vinyl editions, but in 2011 they sent us CDR versions which had been hand-crafted to a high degree, using art materials, in order to resemble exact miniatures of their vinyl counterparts. The musicians David Marino, Ron Lent, Bill Errig and Ahmed Salvador (joined by Ford Sylvester on one of the LPs) created two dream-like records of intense, dank, psychedelic music, fit for restless sleepwalkers. In my mind I filed these records alongside those by Heart Of Palm, the Chicago unknowns who somehow fail to create much of a stir anywhere, yet create fine krautrock-inspired music on their own terms.

Well, after some six years, Cream Of Turner have finally managed to release their third LP, Union Pacific Vol. 1. (CT./458) credited to Heart Land. David Marino and Ahmed Salvador are still active and play on this one, along with Matthew Pruden, the guitarist Peter Tramo, the bass player Wilbo Wright, and the excellent vocalist Patrice Carper. The entire record is based around the recording of a model train set, which is close-miked or amplified in some way, in order to generate abstract electronic sounds. On top of this shifting mechanical drone, Patrice Carper contributes her free-form moaning vocals, and the work is supplemented by layers of guitar, bass and percussion. No keyboards or synths in sight, which might seem slightly surprising given the very droney and kosmische feel of this record. It seems to tread roughly the same inter-galactic ground as Tangerine Dream or Cluster, achieving the sensations of infinite distance and space-travel largely through use of echo, amplification, and effects. I like the idea that this sense of vastness is conveyed through such modest means, i.e. the sound of a miniature train set; it seems to say something about the possibilities of art, and how we could all be bounded in a nutshell and count ourselves the king of infinite space. 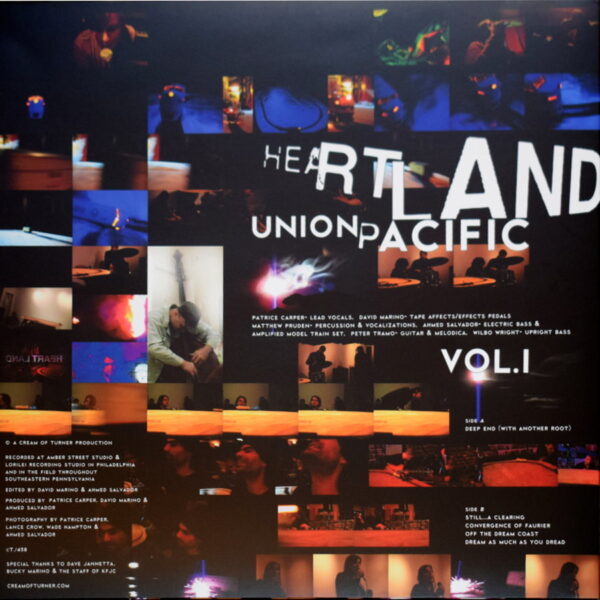 While this music may be languid and spaced-out, delivered in a slightly hippy-drippy fashion (not even the soggiest Steve Hillage records were this laid-back), it’s evidently being played in real time by real human beings playing real instruments, responding to changes in timbre and direction, and not following a programmed path nor needing to be propped up by digital processing or synthesis. What emerges on the record may feel unfinished – Heart Land haven’t yet figured out how to end their lengthy explorations in a satisfactory manner – but in this instance, it creates a convincing environment which surrounds and nurtures the listener. In this, Heart Land and the label fulfil their goal of creating their “own personal hybrid of improvised psychedelic and avant-garde music”. I’m slightly disappointed by the cover. It’s not a great design, and more to the point it weakens the mystique of the music to see these rather ordinary photos of the musicians at work, no matter how evocative the lighting and colour scheme may be. Still, a minor quibble when you have such an unusual and pleasing item in your hands. From 7th September 2016.