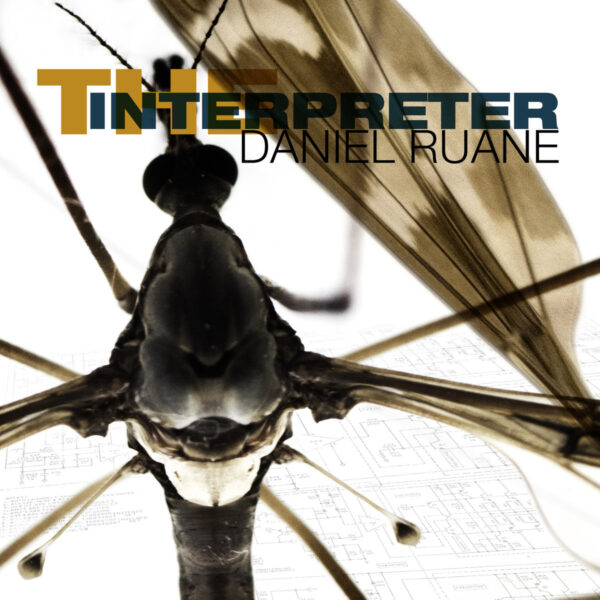 The Interpreter is full of contemporary dance music of the leftfield kind – and of a very high quality from this young Manchester, UK-based producer. Owing to Ruane’s attention to the material’s superb low-end, this is great-feeling electronic music. Made by young people for young people – I know; it’s a competitive market, so how do you stay ahead of the game? Personally, I really have very little idea as it was possibly as long as fifteen years ago that I last stepped into a “nightclub” for the purposes of entertainment, but I suspect Daniel Ruane knows.

Tracks 1 to 6 are remixes by Ruane of other artists’ material, while tracks 7 to 10 showcase Ruane’s own recordings. There is possibly some evidence of cross-pollination with some of his labelmates of which lots of names are new to me: Martijn Comes, Trinkkets, Inverchoulin (not a type of single malt whiskey), Kumiko, Fred Thomas, Pierre Alexandre Tremblay, and Shay.

“Lace” starts off like something you would have heard in a dark disused light industrial unit or in a field in the middle of Oxfordshire in the early 1990s. All those fields are gone now it seems; victim to the insane appetites of the construction industry and central government’s new housing quotas. Kumiko’s “Triple Word Score” is a bit like sub-par trip-hop meets brutal techno beats. Mogadon Gabba, my mate called it. Fred Thomas’ “Partita In C Minor” starts as a drone treated to some slow tremolo effect. Then Ruane, firmly ensconced in his studio with a nice cup of tea and a couple of garibaldis no doubt, adds some nearby heavenly synth. This is probably the stand-out piece on The Interpreter for me. Sounds that could be roadworks vaguely intimidate in the background, but when the volume is boosted, the gristle of granular synthesis and Terminator-style anvil stabs are heard. Meanwhile, a Shermann Filterbank (or digital equivalent) opens its savage maw in time-lapse like a rare Amazonian flower. Intrigued, after some time looking for some more information about Fred Thomas on the internet, I found his personal website and not much else. Here, I learnt that he has several releases on The Silent Howl imprint, as well as with Loop Records and F-IRE. His area of interest seems to be contemporary classical and/or jazz, but there are no soundfiles of any type online to audition that I could find, so I could be completely wrong there.

Moving on. “Leaf” is fairly generic but not unpleasant. Its sophisticated Euro break-core will bother your bass drivers quite nicely, while “Tranquiliser” which is remixed by Shay, is more laid-back, summery even; I would say going for a more sedate Ninja-Tune vibe, perhaps. “Switch” is a functional club edit – it does what it says on the tin, and “Tranquiliser” – as remixed by Trinkkets – is more like a massive deconstruction of the Shay version, which is what I like in a remix. This album plays more like a compilation than the work of one man, but that’s not necessarily a criticism – you could say it shows Ruane’s versatility.