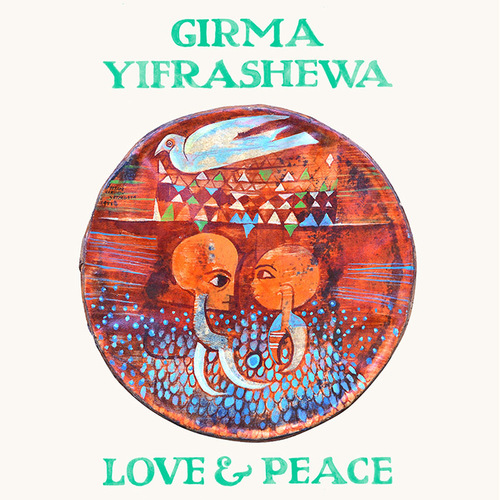 Lovers of highly expressive solo piano performances and fans of Ethiopian traditional / folk music genres are in for an unexpected treat in this album of five short piano-only pieces by Girma Yifrashewa. Throughout this recording Yifrashewa expresses his hopes for love, understanding and harmony among all the peoples of the world; and celebrates aspects of Ethiopian culture, Christian Orthodox spirituality and the majesty of Ethiopia’s physical geography. The album’s pared-down style – this is all just Yifrashewa and his piano, no more and no less – demonstrates the man’s skill in coaxing an astonishing array of emotions and moods, often in the space of just a few minutes.

Each track is distinctive in its own way and has very individual melodies and motifs, some of which however can be familiar to armchair students of Ethiopian music – this is especially so of the sombre track “Semenen” which uses a key or mode of traditional Ethiopian music that shows up on some of my copies of various of Buda Musique’s Ethiopiques releases. While each song can express a variety of feelings, overall one or two emotions are dominant, from the mostly wistful and plaintive “The Shepherd With The Flute” to the celebratory “Chewata” and the dark and intense “Semenen”, a piece that refers to a transitory state between being dead and being alive. The album starts on a fairly hopeful and upbeat note and from the fourth track on develops a more ambivalent and complex landscape of feelings and moods. But whatever the mood is on a particular song, it’s sure to capture the listener’s attention and hold it spellbound.

Beautiful in its apparent simplicity yet turning out to be more complicated than it appears, and giving the impression that it has much more to say than it’s already doing, this album has a very strong hypnotic quality. It can be surprisingly soothing as well even as it acknowledges the darker, sadder moments of life. You won’t believe that solo piano compositions can be so succinct in pinning down the complexity of human feeling and desire.