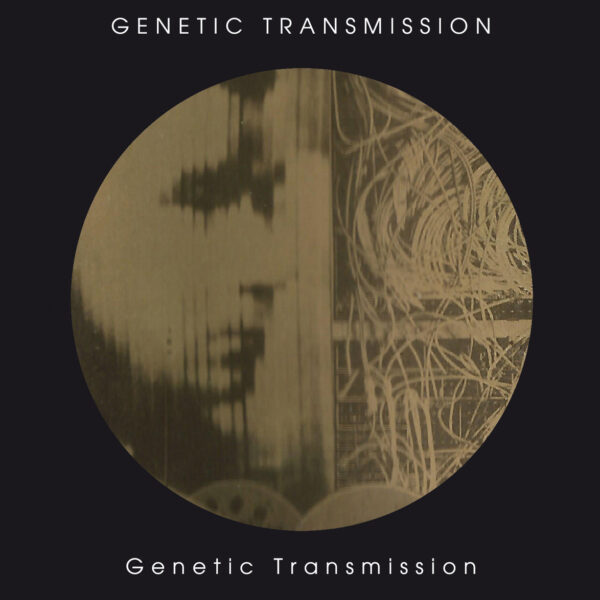 The name of Genetic Transmission is I confess entirely new to me, but it’s plain to see that this Polish industrial one-man band (real name Tomasz Twardawa) has his own distinct approach to the gritty, urban, industrial noise thing, and I am fully prepared to believe that he has “cult status” and that he has been highly influential on Polish musicians working in similar areas, both assertions which are baldly stated in the Zoharum press release. Genetic Transmission’s catalogue of output begins in the mid 1990s, and there are a number of CDRs released on his own private press label Die Schöne Blumen Musik Werk; titles such as Bruit Assemblage and Garbage Substance Manipulations may give you some idea of his process, or his aims, though I never heard these records. Tomasz also traded as Zilch, Godzilla, and Ladne Kwiatki; not sure at time of writing if these were indeed groups, or simply aliases for his solo work.

Zhoarum have now taken it on themselves to reissue some back catalogue material as proper CD pressings in an enterprise which is optimistically called the GT Archive Series. The first item to hand is Genetic Transmission (ZOHAR 130-2 / GT 01), significant as the first album made by the artiste 1 and originally released as a cassette tape on Obuh Records in 1997. I see the cover art for that 1997 item contains a lot of the visual clues we’d expect from the genre – photo collage, typography printed at weird angles, and the use of vaguely unsettling imagery which suggests the conflation of human anatomy with machinery 2. However, I can see why someone would want to reissue the tape, as this is not a “generic” industrial item and there’s a lot of buried treasure here. While the surface is pretty repellent, and deliberately so, these mind-numbing rhythms really creep under your skin in a highly effective manner, soon taking over your motor functions and causing the listener to walk and move like a robot. The label are keen to stress that everything is analogue; already in these times when we’re saturated with over-processed digital noise, it seems that old school all-analogue processing and recording is becoming a hallmark of authenticity. Whatever you think about that shift in the culture, there’s no doubt that Twardawa assembles his elements with a fierce determination, and his somewhat primitive (in a good way) methods really make the music crackle with life – and even if that metaphor suggests Dr Frankenstein creating his monster in the lab, that isn’t far off the mark. “Bruit collages, harsh metallic sounds and mechanical structure” are some of the features we are advised to savour. I also appreciated the variety of this set; veering between loud and abrasive noise and the slower, more rhythmical pieces; but throughout, everything is grey, gritty, and completely abstract, and bound up with an inescapable sense of doom. Almost all music tagged with “industrial” aspires to that doomy sensation, but few deliver it with the conviction and force of Genetic Transmission. 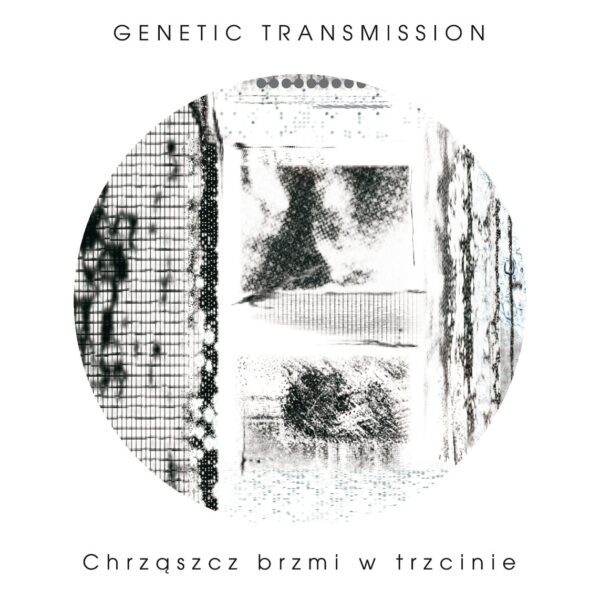 The second CD, also in the Archive Series, is called Chrz?szcz Brzmi W Trzcinie (ZOHAR 131-2 / GT 02). Here we jump ahead to 2006; the 2005-06 recordings were issued as a limited CDR by the Berlin label Tochnit Aleph, a connection which need not surprise us as Twardawa had already formed some connection with Dave Phillips by this time. Matter of fact they released a tribute split record to Rudolf Eb.er in 2000. Apparently, the CDR of Chrz?szcz sold out very quickly to those “in the know” and hasn’t been heard since this reissue. Right away we can discern things have moved on for Tomasz Twardawa and he’s in a different creative space. The cover art is even more vague and unsettling, with details from treated photographs arranged in such ways to reduce the possibility of recognisable and familiar imagery, and maximise confusion and disorientation for the viewer. Analogous methods may have been used for the music, which by now – only eight years later – has become even more brutal and primitive. The press notes vaguely describe Tomasz’s working method for this, where no post-processing or tidying up has taken place, and the aim seems to have been to select only the most “primal” materials in the first place and slam them together in unwieldy chunks. Whatever editing has taken place is for reasons of concision, but also mainly for reasons of shock. On that account, the record delivers. Chrz?szcz Brzmi W Trzcinie – a title which translates as “a beetle buzzes in the reed” – is a chaotic jumble of noise and sound, dour and grim in tone, and the edits are very harsh, aiming for maximal brain-scrambling power. If Tomasz thought the world was a depressing place in 1997, at least his plaint still had form and structure; by 2006, he’s evidently decided the entire universe is absurd, and there’s a madman in charge. For all these reasons, I found this Chrz?szcz heavy going, and started to long for the comparative coherence of the earlier record, but I find that eventually you get used to the samey landscape and tasteless grey murk that’s on offer. I suppose one observation would be that the sound-world here seems much more cut-off and internalised than the earlier record, with the sense that the composer will not allow a chink of outside light into his composing dungeon. This adds to the sense of claustrophobia and doom. These may be regarded as positive outcomes, perhaps, in the context.

While not pleasant listening by any means, these are pieces of history and both of these records will have a home in the serious scholar and collector of industrial music, and both are well presented and packaged. From 23rd November 2016.