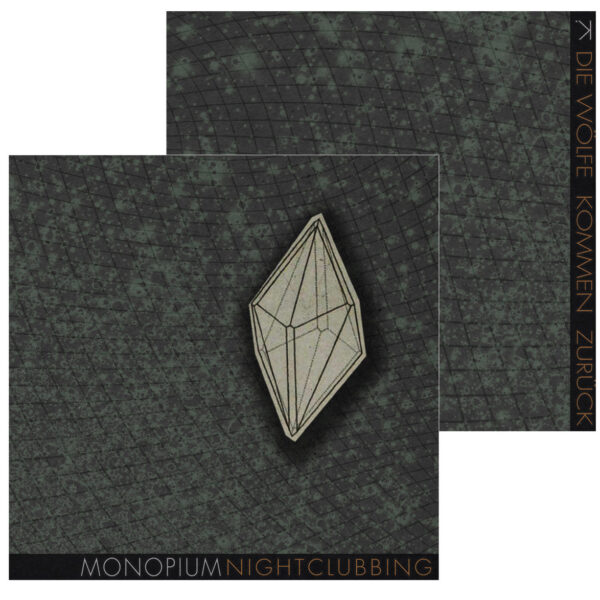 ZOHAR 128-2 on the Zoharum label is a split release showcasing the work of two contemporary Polish electronica artists. The first, Monopium, presents four tracks under the name Nightclubbing. Monopium is a great name, and his earlier releases Mesmerized and The Goat And The Dead Horse’s Circus both have promising titles, but I found little to enjoy on his four tracks of amateurish bedroom techno. We have the abiding impression of a clueless dabbler murmuring inane chants into a microphone over a weedy beat, as if trying to numb the listener into a state of defeated despair. Calling a track ‘Kraut Rock’ isn’t really a great move in 2017, and this particular track is no more than the sounds of a nightclub crowd overlaid on top of an unimaginative pulsebeat; if this is all that krautrock amounts to in musical history, than Klaus Dinger would be appalled. Only ‘The Other’ succeeds for me, five minutes of grisly textured noise that attempts to efface the world through sheer inane blankness. The label have high hopes for Monopium, and say his work “teeters on the edge of Dada cabaret”; this phrase may mean there’s a sense of fun going on here, to which I am largely impervious.

K. has a somewhat different approach. To begin with his three tracks under the heading Die Wölfe Kommen Züruck clearly are intended to tell a story of a wolfman or Steppenwolf, and he’s got much more of an idea of applied structure, and even a sense of melody. We get the whiff of a gothic piece of German silent cinema from his tracks, and he manages to sustain a plausible atmosphere and sense of drama, even when he’s not entirely sure where he’s taking his tunes. This release has a supernatural vibe, while his earlier releases refer (in title at least) refer to the work of the Devil more than once, and No Longer Trust These Eyes Of Mine is a sentence which resembles the stern utterance of an Old Testament prophet; I’d love to think there’s a part of K.’s psychological makeup which sides with old-timey religious fanatics in some way, as that would enrich his themes enormously, and confirm my suspicion that Poland harbours many hidden enclaves of Catholicism gone mad. From 23rd November 2017.