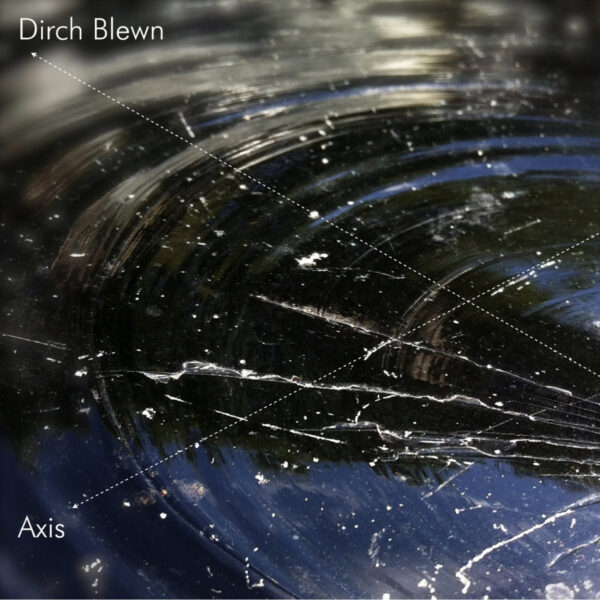 Another gem from the UK Linear Obsessional label. We’ve followed Richard Sanderson’s label pretty much from its inception and it seems there are at least three strands of sound he’s interested in publishing – free improvisation, sound art, and experiments with hardware and software. In the latter category, the recent release by Phil Maguire is a strong example with his radical experiments with the Raspberry Pi. We now add Dirch Blewn to the list, since many of the tracks on his Axis (LOR 089) CDR owe their existence to a toy called Plumbutter, which is a home-made synthesiser unit created in recent years by Peter Blasser, a device described by one enthusiast as having “a distinct philosophy behind it”. You could say the same about a Dyson vacuum cleaner, a household unit which has endeared itself to many with the way it seems to express the idiosyncrasies of its inventor 1 I can see how the latest iteration of this Plumbutter thing would appeal to a certain mindset; currently it looks like a cross between a wooden toy and a lego brick. With its coloured patch plugs spread all over the board in a semi-chaotic fashion, it seems to invite the sort of wild experimentation promised by the old VCS3, as much as saying “try me!” in a little friendly voice. Although it seems Plumbutter is mainly good at drum machine sounds, there’s nothing it can’t do when it finds its way into the hands of someone as imaginative and exploratory as Dirch Blewn.

That’s only one part of the Axis story, though. Field recordings play a big part, as do many types of percussion, mostly wooden and perhaps some metal percussion. In his elliptical notes, at one stage Dirch Blewn summarises the album as “an album of wood recordings through a metal gong”. The field recordings show a close attachment to nature, including rain fall and bird song, and these things are deployed in a highly mysterious fashion. I mean that we’re not always sure what we’re hearing (we’re never sure what we’re hearing, in fact) and even the creator himself seems to be amazed by the things he’s managed to capture on his tapes (or hard drives, or however it’s realised).

I’m trying to drop hints as to the slightly uncanny nature of this release, an intangible element to which the press notes allude by resorting to words such as “arcane” and “esoteric” and “haunting”. Dirch Blewn himself declines to explain, other than in somewhat cryptic notes which list the ingredients or recipes (with shopping lists of equipment used) for each piece, but he remains silent as to his motivations or intentions. There’s some playful definitions and redefinitions of the word “axis” (puns are permitted in this game) as he concisely describes some experience which might be a vague odyssey through the woods leading to a spiritual epiphany, or simply an outdoor camping trip. He intersperses the notes with images of rocks collected by some woman in Iceland, shown photographed in loving close-up and revealing the details all manner of unusual volcanic formations, sometimes encrusted with algae or lichens. “These things are all connected, but only in my head”, is all he will tell us. I think it behooves us to respect this somewhat gnomic uttering, and bend our ears to these unusual micro-sounds, attempting to join the dots in our own time.

Dirch Blewn is David Bloor from South London, who is also represented (under his own name) on a recent comp called Sounding D.i.Y from elektronische art and music. Very happy to receive this unusual release; I feel that Dirch Blewn is far more valuable than a simple process artist, and he’s not exploring these invisible microscopic areas just for the sake of generating unusual sonic textures. There’s a real power and depth to this work. From 25th November 2016.