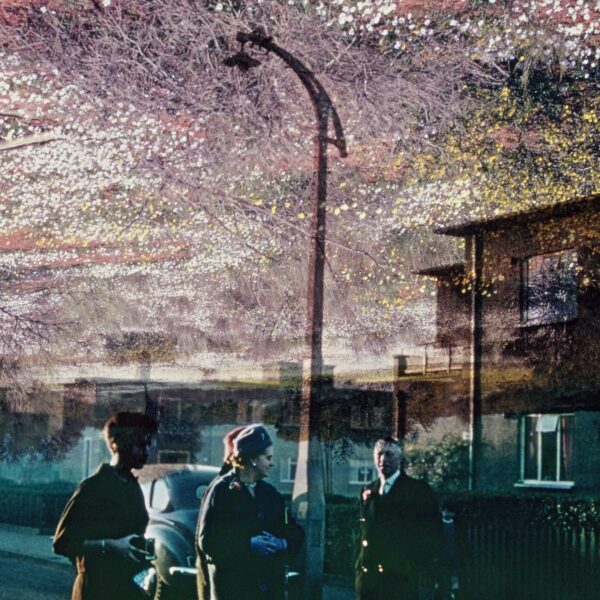 English sound artist Mark Vernon is a firm fave here at TSP Mansions, required listening if you want to get on the good side of me. The last two releases noted in these pages were Sounds Of The Modern Hospital and Framework Seasonal Issue #5. The Hospital record was derived from a residency in a Scots hospital, but though based on real-world documentary recordings it ended up as a surreal, episodic mystery broadcast from the Wards of Never-Dom run by the mysterious matron Sister Nemo. The Framework release was Mark’s snapshot of English tape clubs from the 20th century, a phenomenal record that rescued these lost and unknown “trainspotters” of the magnetic tape and hand-held recorders. In one of my rare visits outdoors, I saw Vernon this year (March 2017) at Cafe Oto supporting Graham Lambkin, on a memorable evening. One thing Vernon was doing there was playing snippets from his car-boot sale finds, old and discarded tapes he has scavenged on his treasure hunts. One recording in particular, apparently that of an embittered man nursing a murderous grievance he held against his spouse or girlfriend, reminded me of the obsessive tones of Mark E. Smith on The Post-Nearly Man – I recommended that Mark try and find a copy. He also wondered what had happened to the promo copy of his Kye Records release, which he sent me in October but was unfortunately buried in my vinyl submissions queue. Using hand gestures, I tried to indicate to Mark the dimensions of this queue, which caused a wry expression to wring his otherwise friendly features.

Said LP is called Lend an Ear, Leave A Word (KYE 44), and is Vol. 1 in a projected series called Audio Archaeology. If you want continuity with the above anecdotes, Kye Records is operated by Graham Lambkin, and the label deals in unfussy, no-nonsense cover artworks, high-quality mastering and pressing, and a mostly vinyl-only format policy. What I have heard on Kye has always been amazing, and I would like to think Lambkin selects the content personally. Lend an Ear, Leave A Word is true to form and a highly impressive collection of work, based on documentary recordings. The theme here is that it’s all based in Lisbon, the recordings were made in that country and collected by Mark Vernon from trips to a flea-market in Alfarma. Right there we’ve got another indication of his scavenger-hunt methods; I have visions of Vernon’s garden shed, hopefully the size of a warehouse, packed with his precious hoards of booty.

Lend an Ear, Leave A Word is a delirious listen – almost instantly induces a trance-like state, and real life acquires a wonderful unreal caste. There’s also a strong sense of deep sadness and melancholy in these sounds, a mourning for the human condition. How did this all come about?

In his notes, Vernon describes processes of how magnetic tape acquires layers of information, often by accident when the recording devices are in the hands of amateurs making mistakes, as is the case here. He muses on the “archaeological” aspects of the work, having dredged up 40 years of content to perform his experiments. He lists the things we’re hearing (answerphone messages, TV, baby recordings), and he lists the extra field recordings (air vents, traffic noise, waves breaking). None of these prosaic descriptions even begin to account for the strange sensations induced by this record, which over two sides and ten tracks creates near-hallucinatory experiences, surreal dream-scapes, and a general sense of having entered the looking-glass world, full of unknown languages spoken by alien creatures, performing actions which can’t be understood. 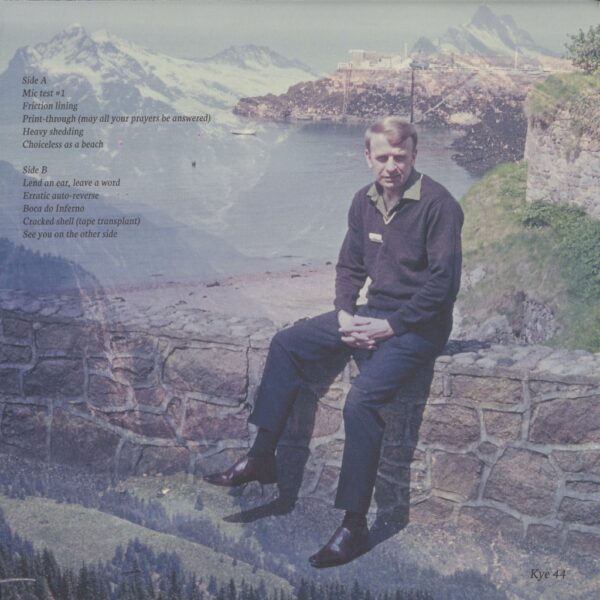 In collating his “lists” of content, which are useful, Vernon modestly downplays his own role in the selection, editing and assembly of these fragments, a unique artistic process which passes through his own fingertips directly onto the surface of the record. I think what makes it all so compelling is the fact that he is so ready and willing to depart from the supposed “purity” of documentary recording, and can’t help uncovering the incredible strangeness of life through his art. And it’s more than just juxtaposing two or more unconnected recordings; there’s music here as well, there are (as ever) fractured stories and dramas unfolding, and there’s a real sympathy for and interest in the human condition. Mark Vernon is not some unfeeling voyeur of the human pageant, like Scanner used to be with his secretly-monitored mobile phone conversations set to ambient music. On this record, he deals in human truths, but he also respects boundaries and asks questions, refusing to draw simplistic conclusions. And while this LP is not filled with the same wow-factor moments we often find with Aki Onda’s tape diaries, that too is part of Vernon’s understated charm. From 11 October 2016, and very warmly recommended.