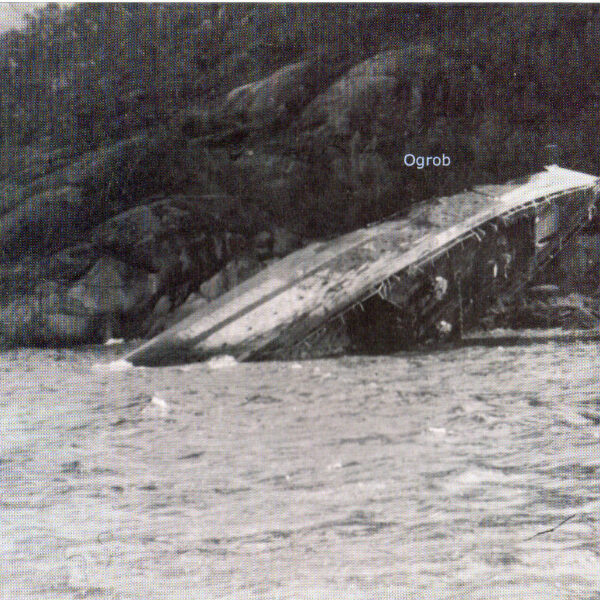 Very impressed with Ein Geisteskranker Als Künstler 1 (RONDA rnd11), an old 2009 release from Sébastien Borgo, performing solo under his Ogrob guise. Here are 14 experiments made using guitars, electronics, motors, loops and radio waves, covering a wide range of approaches to sound manipulation – some harsh noise, some murmuring drones, some vague and abstract. It’s a compilation as such, bringing together short works made in 1994 onwards, up to 2006. What typifies all the music is an angry, slow-burning, brooding contempt, which seeps out of every passing moment and spreads across the imaginary listening space like a poisonous plague. Ogrob uses his own deconstructed, hands-on approach to electro-acoustic music, more informed by the “industrial” school than the traditional musique concrète academics, and raises himself just one notch or two above the electrified junkyard. But the music is also evidently serious in intent, and deserves to be heard with a serious pair of ears. A lot of Ogrob projects, particularly micro_penis, seem to me to have a rather satirical intent behind them, as though the musician wanted to parody the pomposity of “proper” composition. On the other hand, when I put a question like this to him in my recent interview, he purported not to understand what I was talking about. The cover art to this macabre and dark release is a photo called Destroy Noise Jetset by Ogrob, depicting a shipwrecked vessel in some vague body of grey water near a rocky landscape. For some reason, I can’t help reading it as the document of a crashed flying saucer. Either way it sends out just the right visual messages of defeat and failure. Superb hour of grimness..from 14 November 2016.