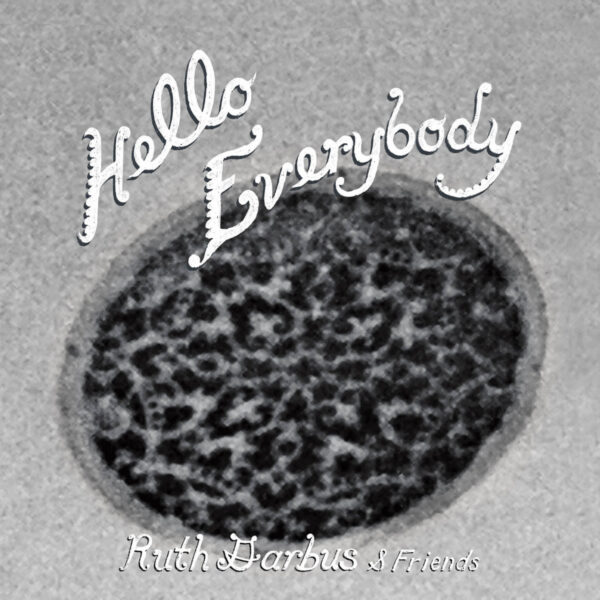 The lovely American singer Ruth Garbus has impressed us in recent years with her Rendezvous with Rama LP and the more recent Joule EP of songs for OSR Tapes. Here she is again on the same label as Ruth Garbus And Friends with Hello Everybody (OSR#75), with another bright set of her melodic pop/folk songs, where she sings and plays electric guitar supported by Zach Phillips, Larry McDonald, and guest singer Julia Tadlock. As ever, her hallmark is a gift for sincerity and directness, which is reflected in her crystal-clear singing voice. There’s nothing to hide and her intentions are plain. There’s also the deceptively simple construction of the melodies, which mostly stay close to the root chord but then occasionally lift off into an unexpected flight of genius for ten glorious seconds. Against all this clarity must be set the relatively opacity of her lyrics, which (on this release at least) are dense, numerous and allusive, apparently telling stories in a diary-like fashion but, I sense, concealing stronger unseen forces beneath the surface. On these four brief songs, I’m often left with an impression of having read 15 pages of a book; where’s all this extra content coming from? A very nice record indeed. From 21st December 2016.