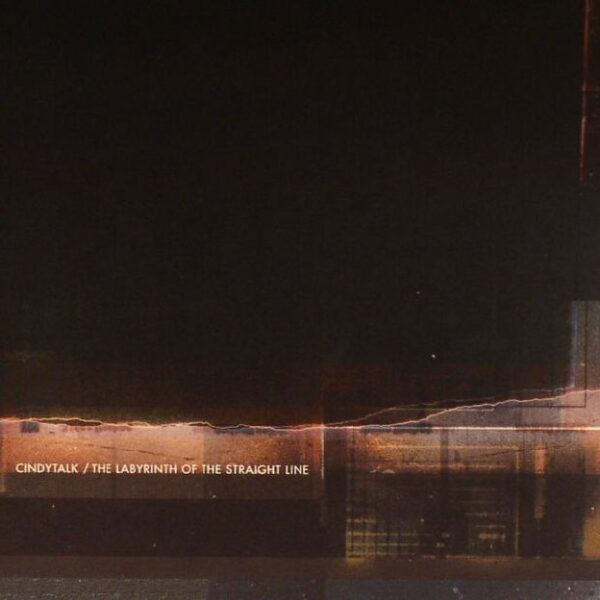 Good old cindytalk (Gordon Sharp) endears his work to me more every time. He’s becoming less of an anonymous ambient drone artist and evolving some sense of content, narrative, and meaning in his work. The Labyrinth Of The Straight Line (EDITIONS MEGO EMEGO 219) is his most evocative and lyrical piece that I’ve heard of late, successfully conveying a profound sense of melancholy and loss as it traverses like a sleepwalker over strange, dream-like territories. We’re invited to find consonances with everyone from Cocteau to Borges, and to see beauty in the vague swirling fogs and quasi-industrial vistas that are suggested in this discursive, ambiguous music. Even the track titles assist with setting the scene, and adjusting the frame of mind so that we see everything from the correct angle – ‘Sea Of Lost Hopes’, ‘Sleight Of Mind’, ‘A Wolf At The Door’ and ‘Who Will Choose My Dress’ come straight from a book of Blaise Cendrars poems, by way of Bill Nelson (another overlooked hero of English surrealism who will have his place in the sun one day). The album may be uneven, and indeed does have its longeurs and could probably have been expressed in half the time, and there are some decisions that just feel out of place – such as the half-hearted use of weedy techno beats that fade into the mix on some cuts, arriving and departing like unwanted guests. However, overall the album works well, and cindytalk proves he is capable of creating discrete sound episodes that each have a distinctive flavour, mood, and story to tell. From 31st January 2017.