Still fairly hot off the press from the eclectic roster of Canada’s Constellation is this under-the-radar debut from Canadian cosmonaut Sandro Perri aka Off World (of Polmo Polpo fame), whose nominated nomenclature gives name to the record’s distinct dislocation (evident in anecdotal resemblance between tracks), not to mention the recording sessions’ situation in London, some distance removed from Perri’s Toronto base. The occasion saw him hooked up with like-minded synth-uthiasts Susumi Mukai and MJ Silver, united by their mutual ardour for vintage tech of the EMS Synthi variety, and an appetite for deconstruction.

Rejecting cohesion outright, 1 (the first of 3 proposed volumes) is more like a flick through a talented stoner’s eclectic sketchbook: ‘Primitive Streak’ and its atmospheric, modular twittering with remote, rhythmic happenings reminiscent of Robert Beatty’s excellent Three Legged Race. The bouncy, Raymond Scott jingle, ‘No Host’ is subdued by the jocular menace jocularity of ‘Extraction’ and partially revived by ‘Choral Hatch’ and its faint electronic metronome, which is as far as things get to Bowie’s Low; watercolour vocoder and keys gently breathing into its tentative life force. It’s all over the place and brimming with avuncular oddity; its lack of centre being 1’s prime virtue. 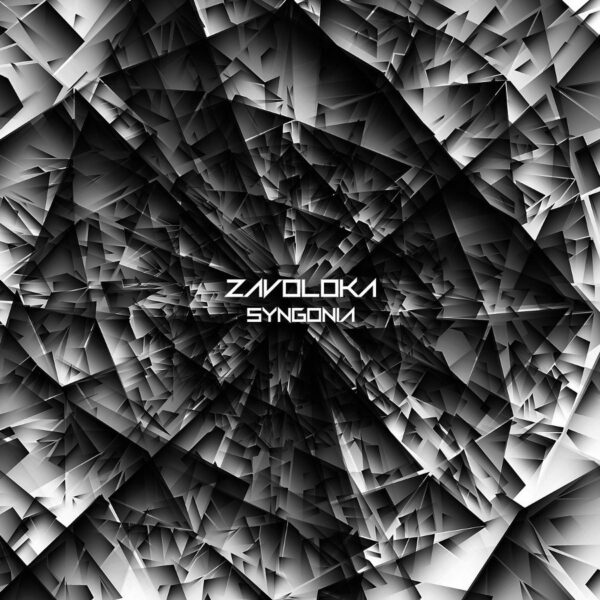 An invisible taste-maker in these parts of late, (Kateryna) Zavoloka is the increasingly esteemed ‘experimental music label’ Kvitnu’s first port of call for graphic design, and thus responsible for the digital delirium seen on recent releases by Ilpo Väisänen and others. The sleeve to her new LP is no exception; its multidimensional faceting trumpeting both the label’s distinguished visual aesthetic and that of the complex techno within: Syngonia sounds like good cyberpunk reads: visceral rhythmic fragments pumped through spaces of synthetic hyper-colour or blackened by the corrosive force of unmonitored industry.

This balance between tropes futurist and dystopian is in constant negotiation. Compare ‘Syngonia’s tower of pattering pulsations, shimmering arpeggios and laconic melodies teetering towards oblivion as it ascends towards sunlight – an idm-fuelled techno where Plaid and (latter day) Black Dog sit round a table and talk things through – with ‘Rotating Fields’ and ‘Awake The Quake’ as they rip the cloud out of the silver lining, decking the walls with hissing, chest-thumping drums and over-synthesized strings that warn us not to trust this charismatic stranger in the wasteland. While there’s little sense of salvation to be salvaged, Zavoloka exercises a sophisticated economy of control that capably teases from even the most insubstantial moments enough epic moments to set sci-fi heads a-tingling.