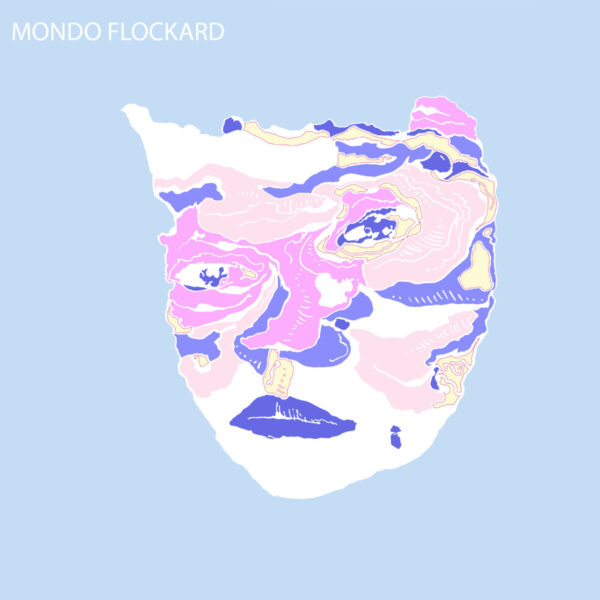 The Melbourne drummer Maria Moles has played in the bands Jaala, Kalacoma, and The Stoics, the latter having the rare distinction of haling from Tasmania (the coolest part of Australia; after all Striborg is from there). She’s here today with a solo effort as Mondo Flockard (TONE LIST TL003), her second solo release after 2016’s Spirals. She does more than just percussion, and this three-track EP shows some inventive and engaging electronic work on ‘New Age Tape Bath’ where the layers are tweaked and adjusted to just the right degree. On strength of this track alone, I’d feel confident asking her to invent a new form of ice-cream brick to replace the old-school Neapolitan; chances are that pistachio and coffee would feature heavily in such a concoction, along with other unexpected tastes. ‘Dance if there are seven’ is more of a pounder, with enough tricky cross-rhythms to trip up many a dancefloor cavalier, and features guest guitarist Adam Halliwell supplying some subdued, effects-laden licks. ‘Gazing Over’ creates an uncertain, sleepy vista in the mind, where the low-key minimalist instrumentation is floated next to a vaguely threatening rumble and jangle of percussive textures. The press notes point out her sense of depth and perspective, creating a highly spacious sonic environment that bewilders the listener slightly; “you’re not sure where you are”, to use their words, and it’s a pleasant sensation, like an audio illusion achieved with far-away and up-close effects in the mixing. Beguiling stuff, if a little insubstantial; she’s not trying to say anything new about the craft of improvisation, for instance. From 6th February 2017.