We noted with some esteem Angelina Yershova’s Piano’s Abyss as ‘deep water ambience of… tidal… insistent… space-sweeping pulsations… with lilting, rolling piano passages as one might find hanging in the air at a luxury spa’. Yet although rich in the svelte, sultry and seductive, said debut was not one to shy away from more dissonant directions, as well as those more dance-minded. Her follow-up, Resonance Night, is more pronounced in all tendencies and thus no less charming. Tailgating a lead-in as seductively sultry as any cocktail lounge could muster, ‘Deja Vu Glitch’ and ‘Sweet Glissando’ demonstrate darker, more complex attributes through the piano’s repurposing as a textural/percussive/rhythmic device: the latter’s shivering snares and laconic fingering weaving unperturbed through a volley of post-industrial hip-hop beats. ‘Aleatoric Mutation’ negotiates a dynamic equilibrium between dark ambience/metallic drone and filigree fingering, while ‘Melancholy Modulation’ scrubs out the piano’s innards to warm up for a crisp, stately recital. ‘Anarchic Piano’ ups the game on everyone: shuffling rhythms underpinning her most heavy-handed and dramatic phrasing of all. What’s most striking about all this is – more than the substantial technical ability on show – that producers like Yershova seem so at ease incorporating compositional devices and techniques that have proven obstinate to even more adventurous of listeners over the last century. Indeed, similar could be said of our next subject.. 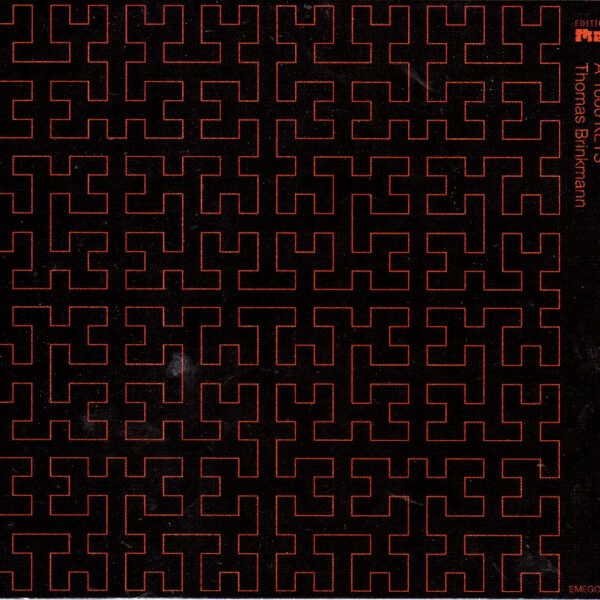 So complacent might we listeners have become with our audiophilia / perfect listening situation ideals that techno-minimalist Thomas Brinkmann has decided it’s time for disarray, hence this ‘harsh meditation on the expressive qualities of digital sound production’. The 18 tracks of A 1000 Keys are dis-ordered like a shuffled deck of cards, the 4 suits being: 1) continuous variations on mechanically exact post-techno; 2) patience-testing post-serialist piano pieces; 3) a few Feldman-esque breathers, and 4) the bellicose bashing of someone big who really wants to blow your house down. The sum is lifted like an offering to the likes of Nancarrow, the benign tyranny of whose indefatigable product he replicates and renders into binary code to ‘subvert the sensual qualities of this proto-romantic instrument in a sardonic way’. You’ll need patience and fortitude to catch the joke. Nancarrow punched holes into card; Brinkmann bores directly into the dreary cortex of modern electronic music to deposit eggs of hostile lifeforms of visible kinship to Autechre, Hecker and few others.

Tracks are titled after airport codes. Brinkmann inverts the touring artist’s hotel sketchbook routine, feeding into lost-time creativity the tension of long waits, sleep deprivation and a conceivable dimension of physical discomfort. ‘TBS’ dodges between tight explosions of note clusters, ramping up the pitch as it climbs the ladder-like keyboard. ‘MEX’ burns like threshold-filtered splinters from Xenakis’ ‘Concret Ph’, raining like lead droplets on a piano’s innards; ‘CGN’ magnifies this as a factory operation. The hammering vibrato of ‘SYD’, ‘JFK’ and ‘LAS’ is as taut as an endless spy thriller chase scene. Air ducts run like hairline cracks through this dense alternation of monochrome extremes so rapid it’s almost a grey blur.

Prolonged exposure is indeed painful and maddening. Even after a few tracks it really is too much. Yet this, perversely, is the selling point: I doubt whether Brinkmann feels worthy to stand aside any of the 20th century giants, yet so relatively uncommon is the music with the courage to properly test our withering patience these days that the question is one worth returning to. Again and again and again.