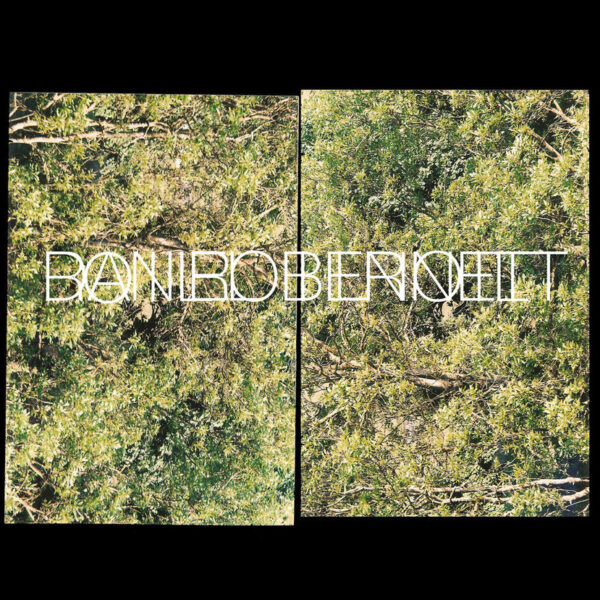 Fine bit of severe electronic process-noise from Daniel Bennett…his Roil (ORGANIZED MUSIC FROM THESSALONIKI t35) contains four pieces of sustained, highly focussed work that drills into the forehead as surely as laser beam…all extraneous form has been surgically removed, leaving us only with the “stark sound” which the press notes consider to be a unique selling point. Daniel has also released records as Skjølbrot, although there doesn’t appear to have much tangible product since the 2010 album Maersk, which we did note at the time…it was a very imaginative approach to layering together field recordings and documentary sources in an unusual way.

Today’s set has nothing to do with any of that however, and all of Roil was assembled in the computer using noises created by analogue and electronic devices, slugging it out and bleeding back into each other with feedback, making judicious use of the oscillator and the Revox tape recorder. With this method, and this very austere output, Roil is not far apart from the sorts of things we’ve been hearing from Louie Rice and his labels Hideous Replica and Wasted Capital Since 2013, so it’s not surprising to learn that Roil was released by Kostis Kilymis who has himself been associated with that London “scene” of grisly minimal electronic growlers, nor to find that Daniel Bennett has played with Seth Cooke, Dominic Lash, and Stuart Chalmers. We’ve heard not a few scorchers from Seth Cooke on LF Records and Every Contact Leaves A Trace, which are additional labels to seek out if you wish more blanked-out vicious abrasiveness in this vein.

I also note that Joe Panzner did the mastering, and he’s been represented on Copy For Your Records, a Brooklyn label that effectively carries the banner for the American wing of this modern “take no prisoners” approach to electric noise. Roil is a shining example of the genre, if indeed it is one, and much richer and more dynamic than commonplace table noise; Bennett is highly attentive to dynamics (very extreme dynamics), textures and timbres, not simply in burning out your brain with a red hot poker inserted through the ear canals…and he remains resolute in his purpose throughout, as steady as a seasoned pilot behind the wheel of an old-fashioned sailing ship. From 27 February 2017.