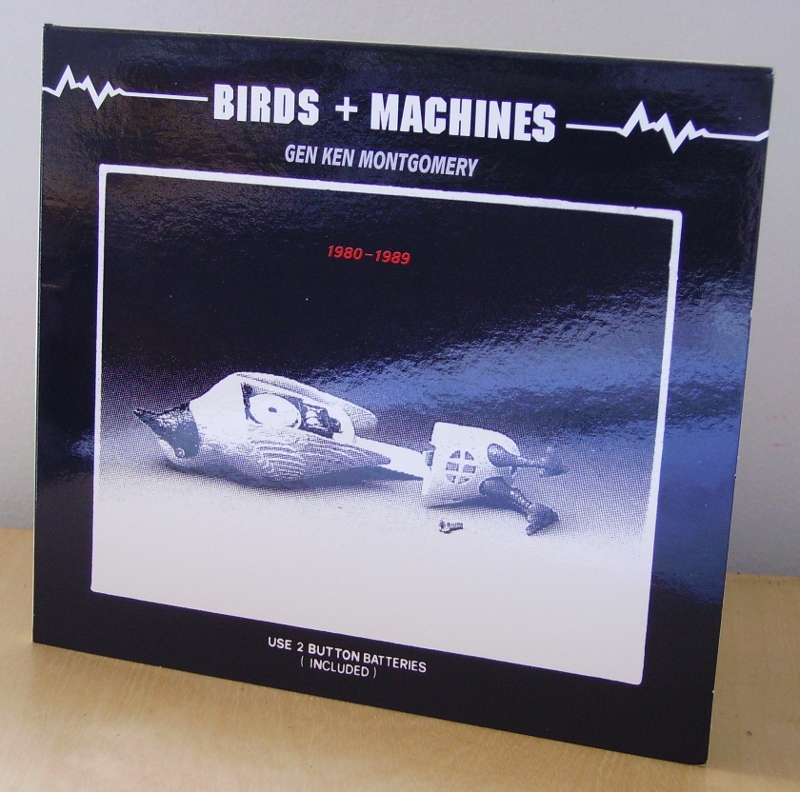 The Russian modernist Alexei Borisov is establishing himself as a firm favourite here at TSP with each new release, but it’s almost impossible to characterise his work which always seem to branch out in unexpected new directions. Elektrokooperativ (INDUSTRIAL CULTURE RECORDS ICR 025) is a collaborative work with Olga Nosova, and it’s a conceptual piece inspired by a movie documentary by the great Dziga Vertov, The Eleventh or The Eleventh Year which he made in 1928. Thankfully the Russian duo aren’t aiming to provide an “alternative soundtrack” to this film (one of the more embarrassing examples of cultural blight from the 1990s), but instead have elected to work entirely with vintage electronic equipment (Korg drum machines and Roland synths) and attempt to focus on the mechanical possibilities of these devices. Additionally, everything has been recorded in real time. This innovative and slightly edgy approach to making electronic music has truly paid off – Elektrokooperativ is a wonky, exciting and wayward piece of experimentation, full of the spark and zing-zang which many other modern electronicists seem to be doing their best to bleed out of their pallid and ineffectual music. The lyrics and voices add a further dimension of unpredictability, suggesting the sort of cut-up and surreal methods which Borisov has used before to great effect, and the voices (muttered, moaned, half-sung) are collaged into the non-standardised music in totally unpredictable ways. A real triumph!

Real-time instrument playing mixes up with laptop manipulation and live electronics on Ice Cold Pop (EVEREST RECORDS ER_LP_036), realised by the duo of Klaus Janek and Simon Berz performing as Ige*Timer. Janek’s acoustic double bass is fed through one of Toshiba’s finest pieces of hardware, while the Berz half of the act turns on his “analogue sound generators” while wielding a pair of “electroacoustic drumsticks”. He also picks up pieces of junk on his travels (bracelets? railway ties?) to use as percussive objects in the act. This record documents them doing all the above in live situations on a recent tour of the United States. A bit of a meandery listen, but it’s good to hear some authentic performing skills underpinning the work, and some of their errant sonic combinations really catch fire. The title of the LP refers, I assume, to a particular American frozen sweet snack rather than to a genre of “glacial” pop music.

On Mirrors (PRESTO!? P!?015), we hear a meeting up of two percussionists, the veteran player Christian Wolfarth who brings with him a respectable CV of collaborations and group playing with some of the renowned names of improv from the 1980s; and Enrico Malatesta, a younger conservatoire graduate from Bruno Maderna who’s got his noggin fixated on all manifestations of contemporary music and free improvisation. Seven studio cuts display a variety of approaches to avant-percussion, including bowed metal, tuned drums and assorted arrhythmical patterings. The enthused label speak warmly of the musicians’ “focus” and “concentration” on this limited edition (300 copies) release.

Abortion Eve is an Australian outsider making “acousmatic tape music” in Melbourne, and his new tape Rae (MRS TAPES 001) was sent to us from Maastricht. On it, he recorded his one-track guitar into a dictaphone, along the way using certain methods (tape loops?) to generate mechanical repetitions of short phrases. The lo-fi sound quality and machine hum are part of the overall work, and this oddity has all the sort of obsessive, narrow and near-maddening characteristics that endear it to me instantly. Despite some occasional tracts of echo, it seems that no guitar FX are used; all the mayhem and chaos is semi-structured, created perhaps by clever overdubbing. A real hands-on methodology involving analogue equipment and exploiting the effects of machinery in one’s favour; a throwback to bedroom cassettes of the 1980s. Nary a laptop in earshot!

Skjølbrot appears to be patiently building up an interesting resource at his website, with photographs, texts and quotations that are filled with semi-poetic connections and philosophical observations about our environment. Very specific places and small events are given detailed concentration in these online ruminations, often informed by a strong sense of ecology and awareness of green issues. The release Maersk is an extension of this approach, layering together field recordings of Parisian streets, markets, corridors underneath a hospital, fridges in supermarkets, VHF radio sounds, and evidence of industrial deforestation in Chittagong. All these things are glued together by tracts of mysterious and murky dark ambient music, which sometimes add a layer of drama or narrative to the record. The creator is clearly widely travelled, and in some cases appears to us almost as a time-traveller, floating freely through space as he makes his poignant observations about the declining state of the globe. Opaque work which deserves closer listening; I think ‘Ballad of windfarming’ is one of the most affecting titles I’ve heard for a while.

Birds + Machines (1980-1989) (POGUS PRODUCTIONS 21055-2) is a compilation of pieces by the great Gen Ken Montgomery from the 1980s. He’s personally selected all the cuts, concentrating on anything that combined electronic sounds with field recordings and “noisy songs”. 70 minutes of delirious joy result, machines, voices, birdsong, electronic pulses…everything quite untidy and unkempt, evidence of Gen Ken’s Cage-like ability to find music taking place everywhere around him all the time (even when he’s taking a shower). I’m sure this is probably a lot easier in an energetic and hyper-eventful city like New York, but some of these pieces were captured in Berlin and put together at the studio of his long-standing friend Conrad Schnitzler. Layers of sonic detritus and wobbly cassette tapes only add to the fun. What a gorgeous cover too! Highly recommended release.