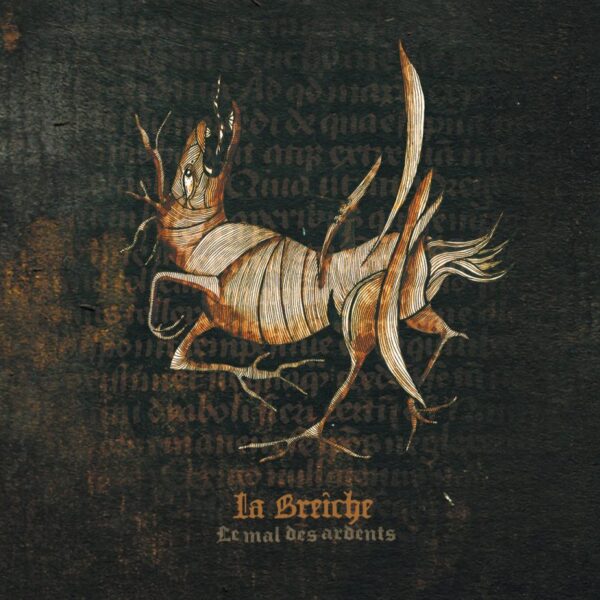 Two recent gobbets of dark materials from Cold Spring Records…I’m out of my depth with Le Mal Des Ardents (CSR224CD), a slice of “Pagan Folk” songs by La Breiche, a French duo called Arexis and Lafforgue. I’m dimly aware that this is probably part of a genre stretching back some considerable way and that its adherents are likely to be quite firm in their beliefs, or lack of them. However, I can appreciate the surface qualities of the set, and it’s a decidedly odd recording. They use queer instruments such as the hurdy gurdy and shawm along with their percussion rattlers and bells, which makes a queasy enough sound for starters. However, it’s the voices of the duo – singing, moaning, chanting, and reciting – that will give you nightmares, or at the very least unsettle you mightily. For lovers of the macabre and atmospheric, there’s also much to savour in their tension-filled, minimalistic approach to building their cold soundscapes (I hesitate to call these open-ended suites “songs”), and parts of the record are quite effective in the atmospheric stakes. Plus there’s the artworks, pastiches of old manuscripts, where skeletons, monsters, and distressed naked men can be glimpsed in among blackened fields of murk. Evidently, La Breiche – whose name can translate as “The Witch” – have returned to blight us from the days of the Black Plague, or even earlier. The two members have, I think, been operating as Still Volk since 1994 and have a string of releases on the French Holy Records label. A highly imaginative take on pagan themes; it’s debatable how strong paganism really was in medieval Europe, but La Breiche clearly aren’t the sort to let awkward historical facts get in the way to dampen their fantastic ideas. 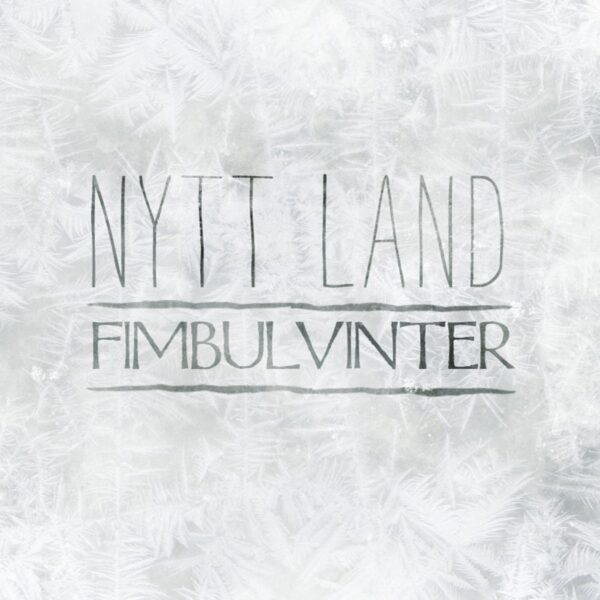 Fimbulvinter (CSR234CD) is by the Russian project Nytt Land, and in some aspects it overlaps with Le Mal Des Ardents above – there are songs, an interest in the changing of the seasons, plus and the use of archaic instrumentation. In the case of Nytt Land, they favour the bagpipe, the taglharpe, various recorders, and the Alpine horn, plus they also perform throat singing to better advance their chilling drones. Four out of the five core members play percussion, and they too rattle their blocks and scrape their sticks mainly in order to induce a threatening sense of doom for the listener. Making little concession to direct communication, all the songs are sung in old Norse language (a tactic which may also have some links to Icelandic medieval literature, the Edda). This strategy has led many to compare Nytt Land to Wardruna, the single-minded Norwegian combo noted here; and indeed both bands have toured together. Due to this language obstacle, I suppose it’s not evident to the casual listener that Nytt Land are preoccupied with “forces of chaos” and “chtonic monsters in the world of men and gods”…the cycle of the seasons is used to structure a creation myth and a fatalistic narrative, ending in the death of everything. Not for the faint-hearted; imagine a less benign version of Phurpa, allied to themes stripped of any hope of redemption. Not as atmospheric as our Pagan French chums above, but still a real chiller; the female voices are particularly strident and keening, and utterly remorseless in their delivery of what I can only assume is a message of deathly doom. Not bad; I’m intrigued however by the suggestion that Nytt Land’s rigid adherence to old Norse and Edda somehow gives them an unassailable sense of “authenticity”. Not even the most hard-core folk-song revivalist who drew inspiration from Alan Lomax, Ewan MacColl or A.L. Lloyd ever went that far with their research, and many 1960s singers and players were completely aware of the limits of how “authentic” they could actually be, regardless of how true to the source they may have been. Like Wardruna, I sense that these Russians are more interested in building a closed-off secret society, for which they alone hold the keys; they don’t seem to be very keen on sharing, or inviting outsiders to join in.