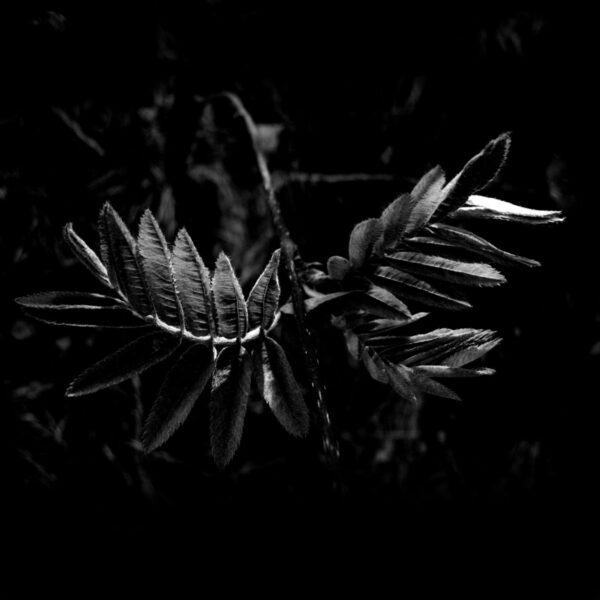 Here’s very pleasant and relaxing guitar-dominated folk ambient music with a strong nature theme, heralded by field recordings of rain showers. While the EP is divided into nine chapters of music, listeners should realise the music is more or less continuous and should be heard as one work in its entirety. Due to its completely instrumental nature, the music can be enjoyed as background mood music as well as a piece in its own right.

The overall mood is melancholy and grey, and the background showers don’t help much to enliven listeners’ feelings. Sole October Falls member M Lehto’s feeling and passion for his creation are very prominent throughout the recording. Melodies drop off the guitar strings like heavy raindrops, rarely to be repeated. I have the impression that Lehto plays whatever comes into his head though he would have had an overall plan as to what was to be achieved with “Sarastus” and that plan already had melodies and riffs set down to play. Sometimes other instruments such as flute and piano are featured but their appearances are so rare and brief that frankly I wonder why Lehto even bothers to include them.

There are some very beautiful melodies that could bear repeating if only to reinforce certain moods and impressions, and to help build particular atmospheres and give direction to the music. On occasion the music does give the impression of wandering about in circles in heavy wet weather. Sometimes the field recordings intrude too much on the music when they should only be a backdrop to the tunes. At times the melodies are a bit too fast and a slower pace with more space between notes (to invite meditation) would have been welcome. There may be parts where a softer production with slightly less sharp guitar tones would have benefited the music.

Some editing for length could have made the music more focused and highlighted certain melodies and the emotion within them. With this kind of music, dominated by acoustic guitar, the choice of melodies takes on extra importance to give the EP structure and direction. “Sarastus” could have benefited from a narrower range of melodies or melodic motifs repeating a bit more often to keep the whole recording more self-contained and less like a meandering string of linked melodies.