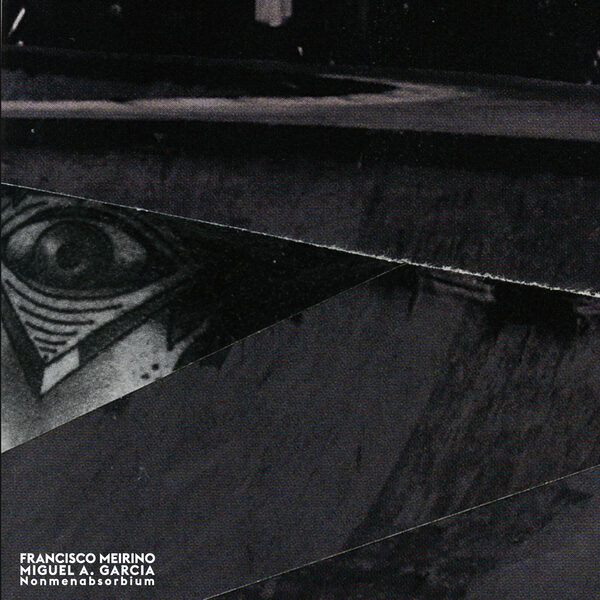 Quite good duo action from Francisco Meirino and Miguel A. García on the album Nonmenabsorbium (IDIOSYNCRATICS IDCD 011), which they recorded in 2015-2016. Both these fellows are prolific in a way that adds new meaning to the word, even at a time when avant-noise product is being issued on an unprecedented scale, and just reading Meirino’s impressive CV of collaborations, concerts, commissions, and associated actions is enough to make a chestnut tree give up the ghost. Both Meirino and García are of Spanish persuasion too. All things considered it seems odd they haven’t crossed paths before, to swap anecdotes about mixing desks and sound files. On this, five tracks of all-electronic music created using the no-input mixing board, modular synthesizers, and field recordings; the stated aim of the creators was to produce music “raw and tense, fierce and intense”. Well, I can appreciate all the intentions behind Meirino’s work, his thirst for “physical intensity”, and his in-depth exploration of the potential of computers, tapes, magnetic fields, and electronic noise, but I’m still not very excited by his work. On this occasion, it just feels far too constrained, all emotions held in check, a reluctance to make an honest or open statement. Every track is like playing a game of chess with a cerebral grand master who’s afraid of making the wrong move. Given that most of García’s music displays almost the exact opposite characteristics (intuitive, direct, raw), it’s baffling for me how Nonmenabsorbium ended up so cold and unengaging, and suggests that if there was one-upmanship going on in this situation, that he ended up one-down. Still, if you like precision and detail in your abstract synthesised textures, then dip your toast in here right now. From 11th April 2017.