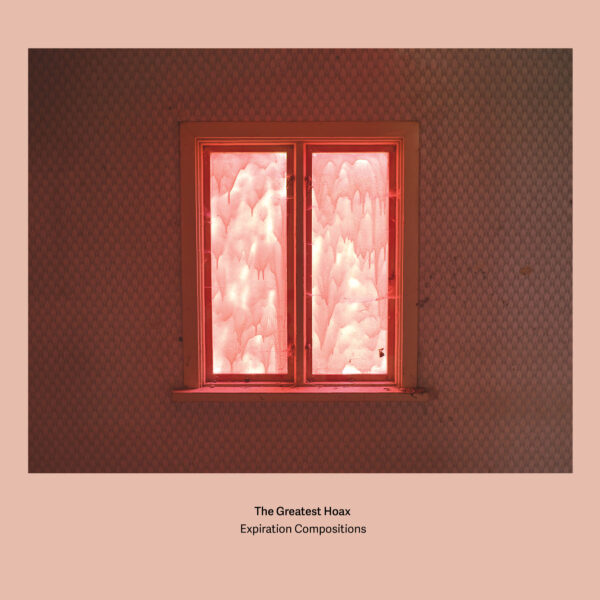 The Greatest Hoax is the performing name of Taylor Jordan, an American composer operating from Washington DC; his work might be described as “ambient-classical”. Although he does use electronics on Expiration Compositions (SEREIN SERE012), his new album, there is also much acoustic piano and a string section (violins, violas, cello) led by Mark Bridges from Kranky, meaning that he enriches his digital drones and wispy washes with the real sound of instruments performed by humans.

The nine pieces here are intended as a series of meditations on death…he’s trying to imagine what death would be like, and at the same time offer some balm to the listener who might be afraid of death. Accordingly, all the music is sombre and downbeat, but also laced with a sort of bittersweet emotional content, evoking quotations such as “parting is such sweet sorrow” in the mind of the audience. Indeed many of the pieces are structured to induce an epiphany of sorts, gently building to a climax where a heavenly reward is bestowed on the dying soul. In the worldview of Taylor Jordan, there may be sorrow, but there’s nothing empty or despairing about the process of death. The soothing titles confirm as much, stating such reassurances as ‘As The Light Dims’. ‘Just Passing Through’, and more simply ‘It’s OK’. To balance these sentiments, there are titles such as ‘You Never Learned A Thing’ and ‘Not Coming Back’ to remind us of the finality of death and, perhaps, the futility of our lives.

Like many releases on Welsh label Serein, the music is highly polished and calm, and in this instance does verge on being a tad too tasteful for this listener, like the soundtrack to an art movie that promises grand revelations about the human condition and uses slow-motion shots of clouds passing by to make its statement; or even the background music for the world’s most empathetic funeral parlour. In the end, this album “reflects a sense of happiness for one’s life,” states the composer. “The subject is often heavy, but my intention is to encourage listeners to appreciate their lives knowing they are finite.” Or, as the Good Book has it: “the night cometh, wherein no man can work”. From 8th May 2017.