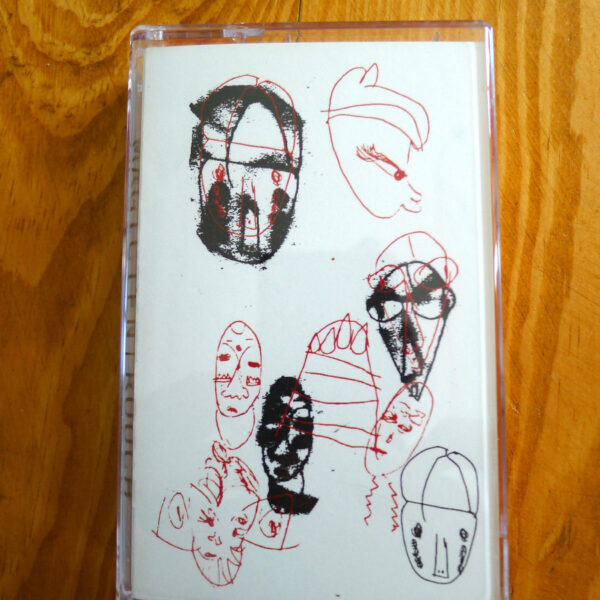 The last piece I reviewed here by French-field-recordist-resident-in-Taiwan Yannick Dauby, I very much enjoyed – ch?ng, factory. There, he created an album from his own recordings of gathered sounds made in a derelict industrial building. Here on Magicien Rouch, he takes very different subject matter and working methods, but treats the source material with the same rigorous approach. The original recordings the work is based upon are texts all spoken by anthropologist and film-maker, Jean Rouch. Rouch is considered to be one of the founders of cinema verité, and was claimed by the French New Wave. His work focused on the idea of “shared anthropology”; his day job as a hydrology engineer brought him to Niger in his early 20s. This environment had much of an impact on his sensibilities and he developed an interest in Zarma and Songhai ethnology which led him to film in Africa for over sixty years.

The source recordings are taken from the INA and French radio archives. In them, Rouch speaks about his 1955 film Les Maitres Fous which documents the Hauka’s voodoo rituals. Interestingly, this community of migrants from Ghana and Niger “…devised possession rites to imitate, to emulate and to mock British Colonial authorities, and thus steal their life forces…”. Rouch’s voice is cut-up and reconfigured in various non-representational ways and this gives Dauby’s piece a kind of ritual feel echoing the subject matter of the original film. Regrettably, I don’t understand French, so I’m not sure if Dauby has deliberately chosen significant phrases, but the sounds of the French language are attractive to my ears, and thus for me this aspect makes Dauby’s two pieces extremely musical. I thought I heard repeated phrases in English: one on side B sounds like “You rascal, you”, but I asked three of my French-speaking pals to give both pieces a listen through and they all said they found the speech aspect of the work “abstract”, “really just cut-ups” and “indistinguishable”. So it could be a kind of auditory auto-suggestion or part of the derangement effect of the Hauka’s original tactics at work in Dauby’s hands.

Making a piece of this nature is a ritual in itself, you could say. Preparing tapes and tape machines ready for use, splicing tape, even cleaning the recording heads at appropriate intervals are rituals in themselves. Dauby updates the techniques people like Henri Chopin or Bob Cobbing used, only with digital tools instead of cumbersome analogue machinery. Working with analogue tape these days is purely the realm of the enthusiast/obsessive – contemporary exponents include Jason Zeh, Ian Helliwell and Dylan Nyoukis – but Yannick Dauby seeks to emulate the results of analogue tape manipulation with the reliability and clarity digital sound affords. Dauby is usually known for his field recording practice which I mentioned previously, but he has recently been experimenting with electronic tones produced with the help of his oscillator-rich Sidrax Organ. Evidence of both can be found on his own Kalerne label Soundcloud account.

The sleeve is heavy art card with line drawings printed in a two colour (red and black) process in a standard clear library box. The cassette itself is a startling pillar-box red.