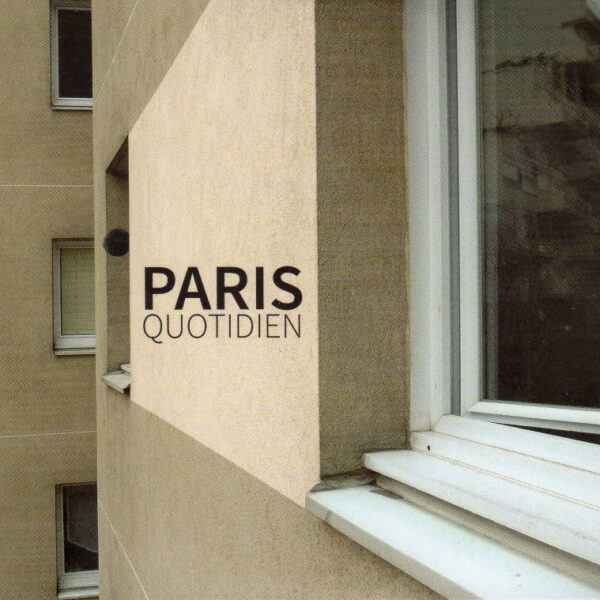 Paris Quotidien (SWARMING 006) is the major new release from Eric La Casa, French sound artist extraordinaire. Last dug him on Home:Handover, eavesdropping on tenement dwellers in Glasgow with the help of fellow Frenchman Jean-Luc Guionnet, a musician whose performance Eric has on occasion documented with his special mic technique. And who can forget Eric’s memorable recordings of a bell foundry, and also of the bees in Dundee? Today’s offering is far less exotic than bells and bees though, and is probably closer to the interior worlds of the Home:Handover record. He did it all by sticking his mics outside his apartment window in Paris and capturing what sounds might came his way. This method has a long pedigree, and even in my short life I have heard Gen Ken doing it outside a New York City window, freely admitting I think he was directly inspired by Harry Smith, also of NYC, the beatnik film-maker and hermetic genius, who did it sometime in the 20th century probably for magickal reasons or such like. And I expect both of them would be content to be placed in a line leading directly to John Cage, who wanted us to pay more attention to our surroundings. La Casa however has evolved and articulated his own complex set of reasons and motivations, and indeed something approaching a personal philosophy, to produce Paris Quotidien. He explains these in his extensive notes in the extensive (60pp) booklet of annotations and photographs.

To begin with, he’s not especially interested in capturing “interesting” sounds. The majority of field recording / phonographer types – and sorry to use these terms, which I understand are fast becoming deprecated – go out of their way to find something that interests them in the world, and then frame it within the space of their field recordings, using the best possible mics and technology to secure an authentic capture. For this project, conversely, La Casa is deliberately in pursuit of the banal and humdrum – the term “quotidien” carries more meaning than just “day-to-day” in French – and found that his own living space, in the third floor of an apartment block in the 19th arrondissement fit the bill for his needs. To put it more plainly, there was nothing special here; the content on offer “possesses weak symbolic value”, to use his own expression.

Further, the mic placement was deliberately set up to match as closely as possible the listening posture and experience of a human being who might be sat at this window for days on end, much like a fixed camera with no zooms or pans to “direct” our attention. In fact, it seems he didn’t even feel obliged to press the record button all the time. All of this is in pursuit of what he calls “a precise and transitory phenomenon in which I survey the space without any goal”. Part of this enforced indifference – something which I bet Andy Warhol 1 would have recognised, although he was much more prolific and less precise about it – was a reaction by La Casa to what he perceives as the clichés of most Parisian audio recordings, which he dismisses with a contemptuous shopping list of favourite audio snapshots which includes the sound of the Metro underground train and the bells of Notre Dame. When he puts it like that, you wonder if he yearns to destroy every kiosk in Paris selling picture postcards. But he succeeds; if you want to hear the “real” Paris, I imagine you could do worse than start with Paris Quotidien. 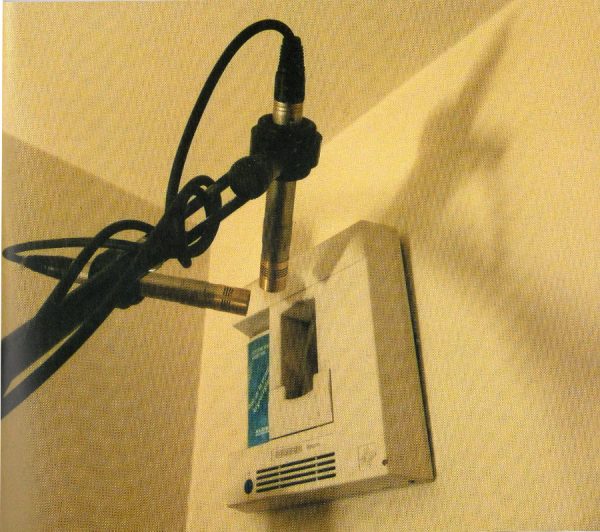 La Casa goes on to ruminate on the ramifications of his proposal, his own relationship to this listening / living space and the rest of the world, in a clutch of highly intellectual annotations. These indicate the rigour and strength of his work. The same can be said of his colour photographs, of which there are several reproduced in the bound booklet accompanying this release, showing unremarkable views of architecture (both exterior and interior), city scapes, and people – mostly workmen – doing ordinary things. Some of these images show the microphones sitting in place, silently crouched like alien cockroaches monitoring the doings of us puny humans. These images may not have much aesthetic value, but I think they are part of the deliberate banality of the project, and they also serve to document and authenticate the method being used in visual terms. Eric La Casa spent several months working on Paris Quotidien, and noted how his listening habits and his outlook on life changed profoundly during the process; it became “more connected to whatever events take place, to the way in which they establish themselves in the space, interior and exterior, and thus change my consciousness of the territory, of my home, and of inhabiting.” 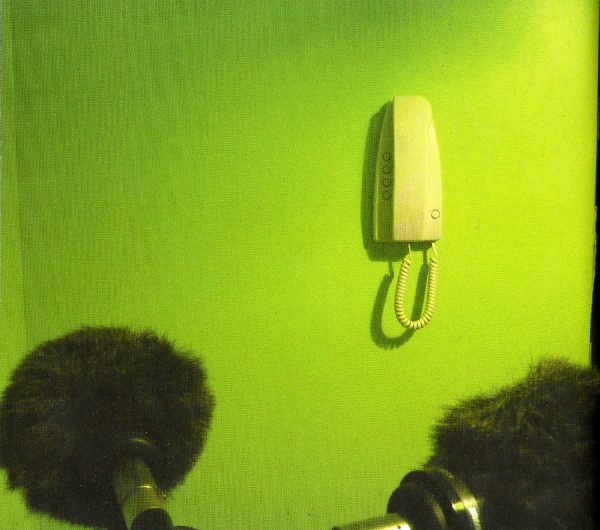 This may sound very dry and theoretical on paper, and after ingesting all the above intellectualisations you may spin this record and find yourself somehow underwhelmed by the slow, quiet, and mostly uneventful recordings on offer here. Secondly you can’t help but notice the total banality of the subject matter, no different from what might be heard in any other urban/suburban conurbation. Yet for all that this record can be a compelling listen. At one level, there are at least three distinct views and sound-worlds to be found in these three tracks, where the middle episode is probably the most outdoorsy – noisy / audible and eventful (workmen, machinery, children, laughter) – and the final episode the most inward-looking, allowing us to glimpse the four walls (mostly sounds of the apartment, phone, fax machine or printer, even some human speech). The first episode is a bit harder to characterise – mostly the sounds of open air with very little substance or grit to get your ears around – but we’ll get there after a few more spins, I’m sure. This alone indicates the work has been structured and composed to some degree, illustrating aspects of the project and La Casa’s thesis. Listen further, and you too may find yourself undergoing the same mental changes as he did, inside your own four walls. Could you ask for anything more from a work of art? From 10th May 2017.