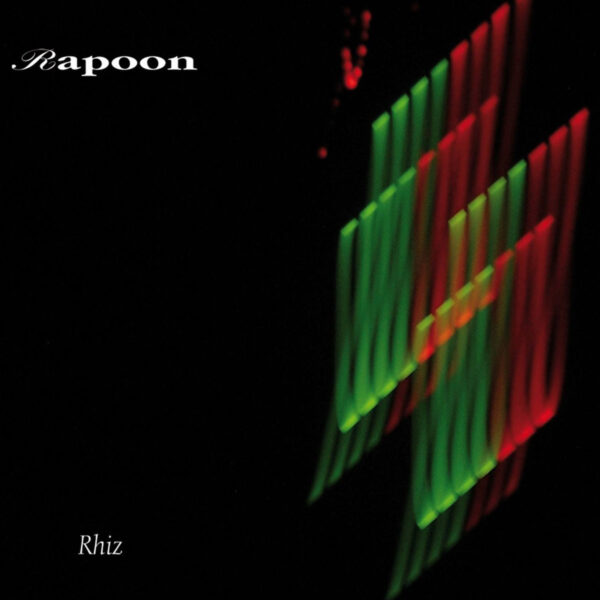 A clutch of reviews for releases from the Polish Zoharum label (package arrived 26 May 2017).

We’ve been keen on Robin Storey’s Rapoon guise since the 1990s, when he used to create rich and complex swirling clouds of sound which appeared large enough to be weather-systems, or entire continents of drifting music. But I confess to finding myself underwhelmed by Rhiz (ZOHAR 142-2), with its thin “techno” beats and mundane synth drone sounds; on top of these tracks, Rapoon overlays bad piano patches, string stabs, and samples of sacred choral singing, without much clear intention as to why. I’m not an expert in this field, but all of these strategies feel very outdated to me; after all, even I’ve heard that hit record of Gregorian plainchant set to techno beats, and that was from 1994. I know for a fact that Storey is far more respectful to his sources than that particular exploitative release, so it’s very disappointing to see Rapoon taking this misguided path. Still, there’s something to be said for his new “cleaner” sound, and the record is much less cluttered than I normally associate with Rapoon. The label are proud of this “unusual album” and its “surprising rhythms”, and encourage this experiment with dance music. More beats can be found on Rapoon’s My Life As A Ghost (ZOHAR 141-2), which is a double-disc set containing an original 2004 work and a 2017 bonus disc of remixes. This one works slightly better for me somehow; again it’s much more stripped down, and in places the sharp edges and stark angular sounds are so distinctive they seem to be jutting out at the listener, like reindeer horns sticking out of an envelope. I could do without the spoken word elements, which again seem like something of a cliché; fragments of “significant” sentences sampled and inserted at key points in the track, delivered in solemn tones, clearly meant to add an air of gravitas but misfiring in most cases. The voice vocoder is also a regrettable lapse in taste. On Something Between (ZOHAR 144-2), we have the guitar duo Makemake with their treated electric guitars, e-bows, live electronics, and effects pedals. Rafal Blacha and Lukasz Marciniak made the record in a large theatre space in Wroclaw and used an elaborate microphone array to capture the performances, which were based on agreed “plot points” to assist in mapping their improvisations. They’re very proud of the unusual sound they realised, which was further enhanced by Michal Kupicz at the mixing stage. Distancing, alienating emotions dominate the record, and the jangling, formless guitar playing suggests nothing so much as the shredded nerves of a madman brooding on his misdeeds and past mistakes. This obsessional quality can be quite effective, but the team don’t work hard enough to sustain it across the entire album; the nagging insistency of ‘Flight Over The Rubble’ comes close to delivering a satisfactory result, and ‘Suspiria’ builds a nice mood of ominous threat with its mixed non-chords, metallic scrape, and mindless repetitions. But ‘Dinner at Home’, with its ungainly digital vari-speed effect, is just nauseating. I think they need to spend more time playing guitar and interacting with one another, less time fiddling with knobs and pedals. Different State are a Polish experimental combo who’ve been busy since the mid-1990s, starting out with cassettes like Grain, Yield, and Knar; apparently their early gigs caused a few ripples among the audience, and may have been more akin to an artistic “happening” than a conventional gig. The Diffs may have flirted with industrial, metal, and avant-rock genres but also dabbled in Illbient and dub techniques in their search for a stylistic identity they could live with. The double CD set before us (ZOHAR 139-2) reissues two of their CDR releases, More Than Music from 2005 and It Cleans My Wounds from 2006. By this time I think DS had pretty much become a solo “project” of Marek X. Marchoff, who wrote all the material and performed everything, and did the recording and mixing for good measure. More Than Music was made with modular and analogue synths (though I think there are some sax and guitar stabs, and vocals of course) and emerges as a very strange take on electropop – unpredictable rhythms, warped dub influences, and oddball electronic sounds of all stripe, in service of some very languid compositions. The vocals are the most off-putting aspect for me – whispered, self-important, tuneless slices of doggerel from the lips of a haunted exile musing on the fractured condition of his soul. Fans of Legendary Pink Dots should be delighted with the faded pallor.

I fared slightly better with It Cleans My Wounds, which offers more heft and weight and edginess in the sounds; if the Diffster is aiming to convey something about contemporary suffering and angst, he’s scoring more on the pain-o-meter with this baby. ‘Quantum Mechanics’ is good alienated bleakness, the title track wouldn’t feel out of place on one of the Macro Dub Infection comps, and ‘Manifesting Your Desires’ exhibits a good deal of conviction in the way its wonky one-finger synth tunes are played and assembled. The album contains further instances of dub-inflected electro-noise shot through with menacing synth attacks, and the less Marchoff opens his mouth to sing, the happier I am. Can’t say that Different State are a massively original contribution to this mixed-bag genre, but at least the music has some tics and quirks that mark it as personal and individual to the creator. I just wish he’d drop the “mysterious dark goth” vibe, which is kind of old hat by now, and his pose is nowhere near as intimidating as he’d like to think. Last noted Strom Noir with his Glaciology record for this label; the Slovakian guitarist Emil Mat’ko returns today with Mal’ované Kvety & Xeroxové Motýle (ZOHAR 140-2), which packages together two sets of music the creator originally intended to release as cassettes. The first, ‘Against A Dwarf’ contains recent recordings, while on ‘Painted Flowers & Xeroxed Butterflies” we hear the “raw electronic structures” from 2011. Nothing unpleasant about these rich guitar-based ambient droning loops, but everything just seems too processed to me; individual sounds, notes and timbres are just smudged, blurred, and over-filtered into a cross-bleeding morass. The earlier set from 2011 is slightly preferable; less processing, more space, and audible acoustic guitar layers adding texture to the surface. It’s just so damn tasteful; like so many similar artists, Strom Noir has such a conventional idea of what constitutes “beautiful”. He might as well be making music for adverts.