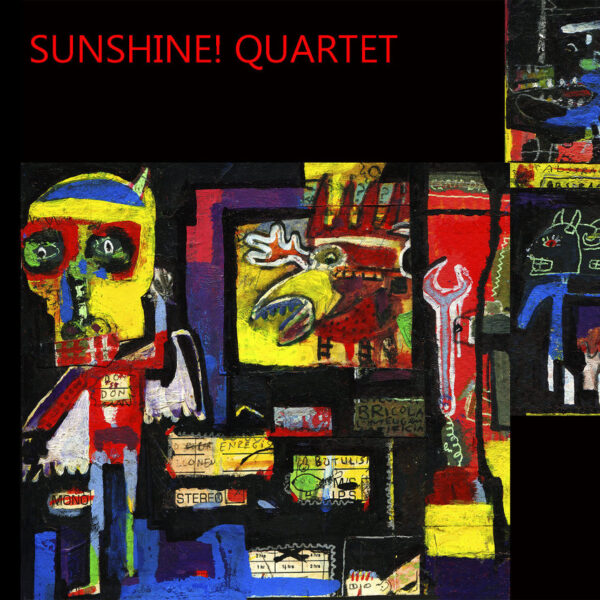 It’s said that an occasionally different working method sharpens the mind and helps blow away the cobwebs a little. Perhaps that’s the case regarding the ‘Quartets’ project? Personnel from Discus custodian Martin Archer‘s more sizeable ensembles have been decanted into a more serviceable number (which can include new inductees). Falling in line with this, time has also been tightened with band introductions, rehearsals and studio time being squeezed into a mere forty-eight hour slot. Though with both these albums, this never suggests the work of stopwatch jockeys. Instead everything here gives off a controlled/unhurried air due in no small way to the hired help accumulating years of experience in the field, be it free form or scored, smooth or prickly to the touch.

The Sunshine! Quartet sees Martin’s saxmanship joining up with the cool hipster vibes of Corey Mwamba (see also improv sextet The Spirit Farm and the Yana Trio), Seth Bennett on double bass (ex of hardcore punks Baby Harp Seal a.o.) and drummer Peter Fairclough – last glimpsed on another example of band downsizing at its most effective, Keith Tippett’s excellent 9 Dances… album. In fact, each band member gets a shake on the compositional front, and it’s the stickman’s ‘Four Free to One’ that’s first off the block. And very much like ‘Alsten’ (the closer written by Seth Bennett), a light and spacious mix pervades, offering windows of opportunity for plenty of silvery vibraphonic shimmer and/or sopranino/alto sax lyricism which can, every so often, adopt the more jagged and guttural notation beloved of the skronk set. Chiselling out a slightly cock-eyed rivmic groove meanwhile, the martian funk lines on Corey’s ‘What on Earth do you Mean?’ appears (?) to display a series of almost imperceptible shifts in dynamics and that left of centrism continues with Martin’s ‘It’s not Finished’. Containing a host of interlocking themes, wayward skids and emergency stops, this, the longest and most bracing track at 19.52, seems to occasionally channel continental R.I.O.’sters like the glorious Etron Fou Leloublan or mebbe Italy’s Stormy Six at a push… 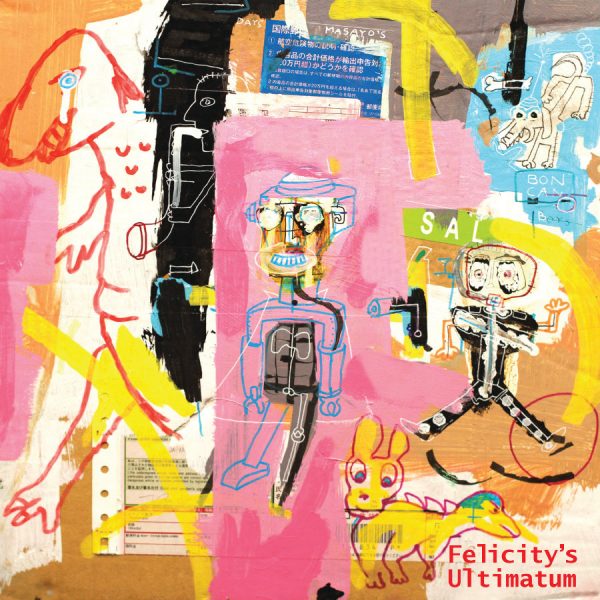 And so, we wend our ways onto felicitous pastures where Martin (adding the considerable bulk of a baritone sax to his arsenal) has teamed up with violinist Graham Clark (ex Gong Maison), Stephen Grew on piano and Johnny Hunter, whose first gig is with Misha Gray’s Prehistoric Jazz Quintet on drums/perc. Standing next to the previous, this album dances to the beat of a slightly different drum. Its ten shorter pieces include a number of scored works with points of interest coming thick and fast…the mournful Third Ear Band feel of ‘Amanda’s Drum’, the smoky sixties jazz dive ambience of ‘Jane’s Ruin’ and the small unit Sun Ra’isms of ‘Susie’s Mirror’. But it’s the pair of group improvisations in the unrelenting/clattersome forms of the title track and ‘Masayo’s Experiment’ that dig their (non) hooks in most successfully. The latter namedropping Masayo Asahara, the ‘creator’ of St. Agnes Fountain and Saint Catherine Torment c.d.s whose authenticity (or lack of it…) some time ago pulled the wool over the eyes of many a listener (me included…)

Working on the written in stone given that good sleeve art can boost a release to another level, a special mention must go to Chilean artist Gonzalo Fuentes, whose almost florescent images of rampaging dinosaurs and Japanese toy robots seem on the verge of busting out of their cardboard 2D world in order to invade ours.