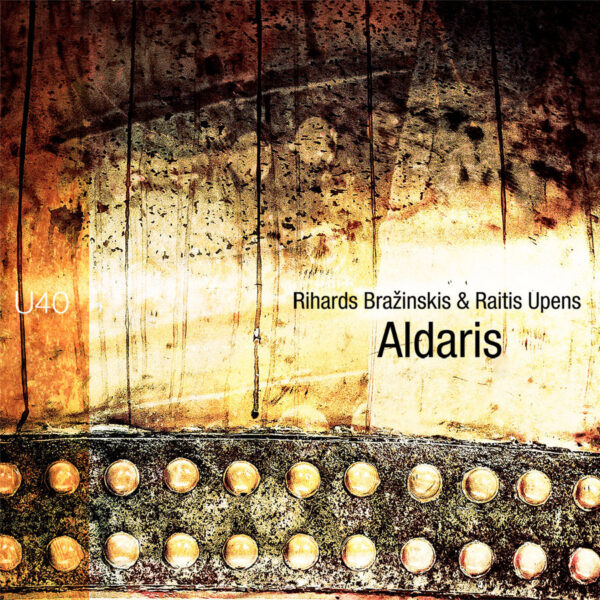 We recently noted a pleasant electronica record from Selffish, who happens to be from Riga and whose field recordings of that area aided his psychological recovery in some way, to the extent that he layered the Riga sounds into his own music. Well, here’s another Riga-centric piece, this time from the team of Rihards Bražinskis and Raitis Upens. They made Aldaris (UNFATHOMLESS U40) in Riga using the sounds of Riga, but mainly they intend the piece as a tribute to the former greatness of Riga, a time when the place used to be a bustling hive of industry. It was a time when a man could stand tall and cast a long shadow, or at least draw a decent salary from working in the factories. The creators, misty-eyed to some degree, identify this as “a mighty and noble age” and look back wistfully on these days of “great socially economical prosperity”. To realise this socio-political statement, they set up location recordings in an old beer brewery in Aldaris – hence the name of the recording.

What they don’t point out is that this location is now the Aldaris Beer Museum, presumably a highly popular site for tourists on the Riga trail. The promotional blurb for this museum speaks warmly of “the diversity and charm of beers brewed in Latvia” and tells us that the interior works of the brewing hall have been “untouched since 1938”. I can see why this would strike a note with any conscientious artist, and it’s to the credit of this duo that they’ve made a creditable effort with this sound art statement of theirs. It’s subtle, but I think their intention has been fairly well realised; we begin with recognisable sounds of machinery at work (what they’re doing is not entirely clear), which eventually gives way to wistful and nostalgic ambient musical tones, thereby suggesting the glories of the past 20th century to the listener and remind us of what has been lost in the vagaries of capitalism. In this, the piece hopes to achieve what they describe as “mental time-travel”.

Now, a couple of observations: the intention is very similar, if not identical, to what was proposed by Sala on Scare Me Not, his recordings of Utena which was also released this year on the same label. The main difference is that Sala, with his recordings of a site littered with decrepit Soviet machines, was aiming for a gloomy meditation on decay; Aldaris is, at least, somewhat more positive about what the past represents to us, and its creators are clearly sorry to see the passing of the beer factory and this machinery. That is the first observation. The second observation would be that this sublimation of time and place is something which pertains to just about every release I’ve heard on this label; each project may start life as a documentary field recording, but it soon passes into the contemplation of metaphysical matters, things unseen, intangible elements. Indeed I have before me a hand-written note from the label owner in which he hopes that I “have some galvanising audio-journey”. The challenge which all these artists set for themselves is how they can convey these subjective and fleeting impressions on a recording. To learn how Rihards Bražinskis and Raitis Upens do it, hear this record. 200 numbered copies, from 2nd May 2017.