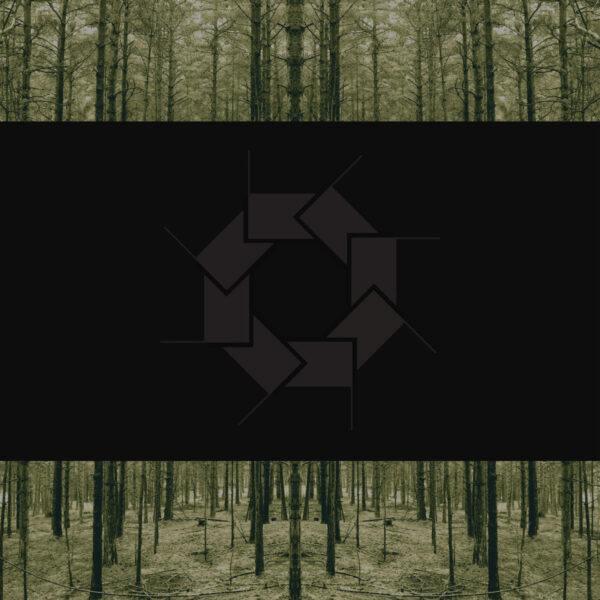 Disquieting and unpleasant noise from Shift on his Abandon (COLD SPRING RECORDS CSR236CD) record…Shift is Martin Willford who started out his career of “Death Industrial” in Sweden in the late 1990s, though may have moved to the UK at some point. His work is well represented on the Unrest Productions label, who also put out a vinyl edition of Abandon; on Unrest, you’ll find other like-minded abrasive nasties such as Con-Dom, Grey Wolves, Richard Ramirez, R.Y.N., and Anemone Tube. Industrial noise just won’t go away, evidently, and I have no idea whether it’s even considered to be “underground” any more. For Abandon, Shift is joined by his friends making guest appearances, among them Mikko Aspa of Freak Animal Records, Dan Setthammar, plus Clark, Kokkonen, and Simonson, and the record is drawing on a history of recordings and source materials going back to 2007. The titles are remorseless in their nihilism and hostility, and the opening cut – ‘To rid them all and to wash their filth from my body’ – makes plain its creator’s utter contempt for the rest of the human race.

Shift’s music, though – and I can’t recall if I ever heard any before – is surprisingly approachable, at least if compared with your average “power electronics” album from Joe Shock-Value dressed in his black leather uniform and his table of effects pedals powering an irresponsibly loud amplifier feeding back at loud volume. I would broadly characterise Abandon as a series of intense, heavy drones that remain incredibly focussed and fixated on their goal, and as they proceed, the careful accretion and movement of additional layers is executed with a degree of skill and sleight of hand that even a contemporary electro-acoustic composer would envy. This is especially true of the very abstract cut ‘Nothing – No One’, some eight minutes of suffocating anonymity. Only Carl Michael von Hausswolff, who also happens to be of the Swedish persuasion, could be reckoned a match for Shift in terms of the unblinking stern drone and grim intent.

In the final analysis though, Shift still probably wants to align himself with the Industrial lineage, which may imply a flirtation with unwholesome subject matter and dark themes which are, thankfully, not foregrounded too much on Abandon. Then again, there’s the matter of Shift’s “logo” – at one time it seemed like every grim Industrial act had to have one of these geometric designs alongside their name, and the controversy came when they looked to military regalia for inspiration. Shift’s bleak monad, perhaps depicting seven pennants arranged in a circle, is unlikely to refer to European unification, methinks. There’s also the hideous vocal additions to the punishing last track ‘Armed, Disturbed, Hostile’, which continues for 19 merciless minutes with its grisly electronic growl, its doomy drumbeats, and a vile electric guitar that’s like a parody of all that’s good and enjoyable about heavy metal. Given that this track dominates about half of the total playing time, it’s probably the most reliable indicator of Shift’s inclinations and intentions. Gulp. From 30 May 2017.