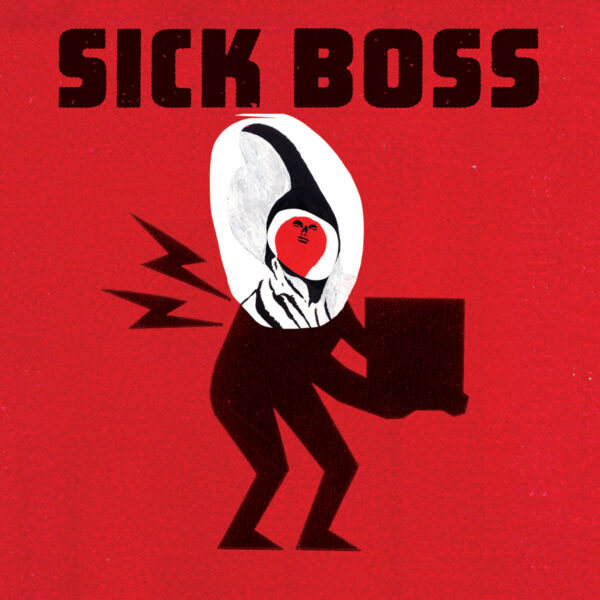 The record by Sick Boss (DRIP AUDIO DA01324) is not unlike many other items released on the eclectic Drop Audio label in Canada, in that it’s rich and entertaining music performed by highly skilled and professional players, and the music on it appears to be restlessly attempting to escape the narrow confines of pigeon-holing or classification. The label designate Sick Boss as “Experimental Jazz/Rock”, but to my ears it also contains elements of indie pop, movie soundtracks, and lush easy listening music from the 1950s, and probably more besides. The story of it is that Cole Schmidt, James Meger, Dan Gaucher, Peggy Lee, Tyson Naylor, Jeremy Page and JP Carter recorded what is described as a “whirlwind session” at a studio in Vancouver. The recordings were then subjected to large amounts of overdubbing, a process which I can only imagine must have been both exciting and time-consuming. Further editing took place on the results before the recordings were sent to the hands of a professional mixer in Toronto. It’s this extensive production chain that might lead the label to claim the Sick Boss record has some affinities with Radiohead, though as an assembly method which takes sprawling improvisations at its starting point, a more likely comparison point would be Teo Macero’s work for Miles Davis. However, this trope of “interesting patchwork quilt records”, a strain of music which could also include Holger Czukay and Can, has been thoroughly explored and over-thought by the elite of music journalism.

We’ve heard from one of these Canadian players before, the estimable Peggy Lee who is a cellist and directed the album Tell Tale by Film In Music. That album wasn’t too far in scope and ambition from Sick Boss, though in both cases I find myself admiring rather than enjoying the music too much. Sick Boss are super-talented as players, but perhaps a little too eager to convince us of their many skills and wide-ranging musical tastes; once an idea or musical theme is seized upon, it’s pushed forward with relentless enthusiasm and energy, particularly with the help of Dan Gaucher’s zealous drumming. Complex time changes and speedy instrumental runs present no challenges to the highly proficient fingers of guitarist Schmidt or keyboard player Tyson Naylor, tempting the listener to add Progressive Rock to the melting pot of stylistic influences. But Sick Boss are also informed, one senses, by post-modern strains of doubt and uncertainty which have been plaguing rock music since the inception of the dreaded Godspeed You Black Emperor, and similar post-rock bands. To some degree these ambiguities are embedded in titles such as ‘Bad Buddhist’, ‘Ruthless Waltz’ and ‘Troubled’, but they are more manifest in the music; despite the air of assertion and affirmation (verging on bombast), and the slick delivery and production of these “chamber landscapes of unrepentant psych-rock”, the band don’t seem to have any shared sense of purpose or meaning to the music. They can’t quite agree on what they’re trying to do, and tend to get in each other’s way. I won’t say this makes the music insincere, but it may account for why I’m finding today’s spin entertaining, but unsatisfying. From 6th June 2017. 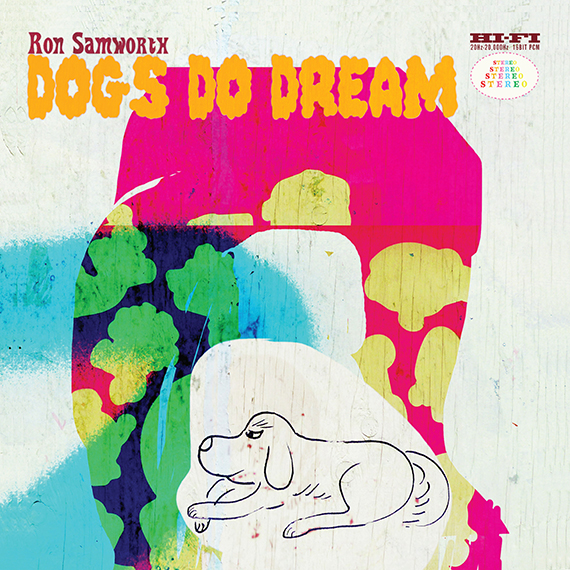 From same label, Ron Samworth offers Dogs Do Dream (DRIP AUDIO DA01296), a concept album themed on the notion that dogs have dreams. Something which any pet owner has always known anyway is apparently now confirmed by “scientific analysis”, we are told, as if that settles the matter. “We can only imagine the nature of these dreams,” states the press note blithely. Well, evidently Ron Samworth can’t; all he can muster is a series of prosaic observations about very obvious things that dogs do (such as walking in the park and shaking their fur), with no imagination whatsoever, let alone insight into the world of dreams – or the world of dogs, for that matter. These banal anecdotes are related in a faintly precious tone by Barbara Adler, against Samworth’s inoffensive pseudo-jazz decaffeinated backdrops. Some of the names from Sick Boss are here, including Peggy Lee, Tyson Naylor, and James Meger. I think I’d sooner endure a Ken Nordine box set than this…from 6th June 2017.