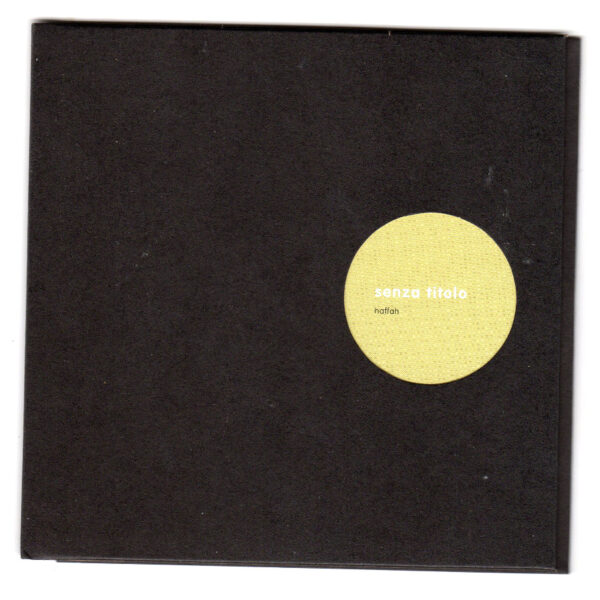 Little bundle of contemporary Euro-jazz sent to us from ToonDist…from 5th June 2017.

Some quite nice free jazz playing by HaFFaH on their Senza Titolo (EVIL RABBIT RECORDS ERR 25) record. The quartet are based in Amsterdam and are able to imitate American free jazz very convincingly, especially John Coltrane Quartet and Cecil Taylor / Jimmy Lyons duos. They’re really strong on group dynamics and clever interplay. There’s something to be said for the tension between the sax player Christian Ferlaino and the pianist Herbert de Jonge; Ferlaino likes to make squeaky and slurping noises to get warmed up, before launching into his glib solo flights, while de Jonge is still, I sense, wedded to European classicism; no matter how flattened fifths or high-energy runs he executes, you can still discern the Bach and Mozart structures underpinning the music. None of this is bad music by any means, but it feels a bit facile and insincere somewhere; artificial heat and fake fire. Renato Ferraira is the bassist and Hans Houtman drums, and these are studio recordings made in Amsterdam in 2016. I’m finding more substance in the record by ReDDeer. New York – St. Johann (EVIL RABBIT RECORDS ERR 26) features the vocals of Fay Victor, backed by piano of Elisabeth Harnik and bass playing by Dominic Lash, the prolific UK improviser who also turns in the odd piece of digital sound noise. ReDDeer’s act involves allowing Afro-American maverick Fay Victor to extemporise on lyrical themes like a souped-up beatnik poet (for instance, the free association of puns and ideas on ‘Drip’) or to let fly with vocal abstractions and strange noises heaved from the diaphragm, so that she herself becomes her own instrument. Norma Winstone and Julie Tippetts took this particular art form in a somewhat lyrical and wistful direction in the 1970s, but Victor is much more feisty; she’s ever-ready to lash out at the hypocrisies of society with her merciless all-seeing throat. Harnik’s complex and intelligent piano delivers more than just jazz, somehow, and this could be an instance where European classical influences pay off richer dividends than with HaFFaH. This isn’t to suggest we’re getting a reincarnation of Patty Waters with Burton Greene, as I think ReDDeer are onto something all their own, which is powerful and strange; evidently, it’s something needs to be played out on the arena, rather than discussed at home. And there’s the incredible bass work of Lash, who builds a kind of oblique mirrored commentary on what the two women are doing, finding ways to make his bass strings “speak” like a dry, insectoid voice. The strongest piece here might just be ‘Drop Off’, not just because it’s so long (19 mins) but because of the rich collection of dynamic shifts and constantly-sprouting ideas flying into the air. Amazingly, this is ReDDeer’s first record; the players found “a musical affinity” when they met at an Arts Center in New York.