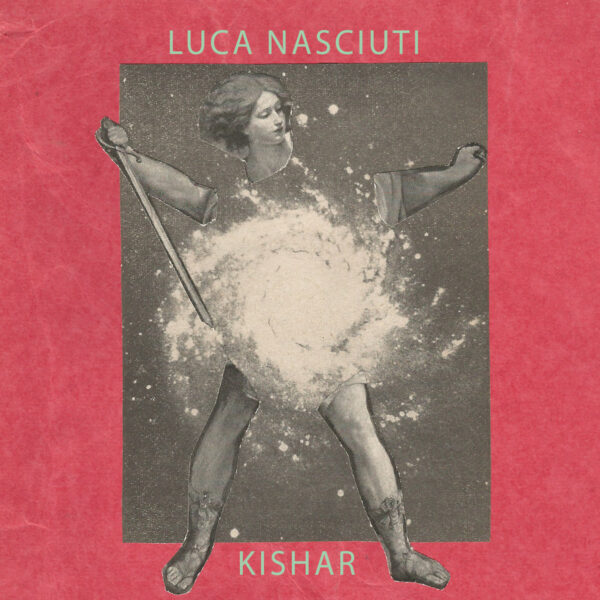 Nifty bit of sound-scaping drone-art work from Luca Nasciuti. He sent his Kishar (RESTERECORDS RR014) cassette from his London home in June 2017, and tells us about his process involving reprocessing of field recordings captured in Scotland and Iceland; he’s trying to tell us something about “the current environmental and political debate”, which could be a very diplomatic way of describing the turbulent state of the world today and the ecological ruin being caused by the ravages of late capitalism. Nasciuti smuggles his messages across by process of juxtaposition and reflection, rather than making any direct statements; the main aesthetic decision has been to place his serene field recordings in a maelstrom of electronic noise, perhaps indicating something of the “search for balance between opposite poles” which he seeks. It’s all about a conflict of extremes, of polar opposites.

This disruptive plan comes across us to most clearly on the B side of the tape, a single work called ‘Through the core of your chest’. Evidently carefully composed, yet it retains the feel of a shapeless, indistinct mass of energy, much like an approaching weather system (most likely a tornado or dangerous storm), or a land mass whose dimensions are hidden by the fog clouds. I dig the way Nasciuti pushes his sounds along a series of interlocking pathways – he might prefer to think he is gently nudging, rather than pushing – and achieves a certain strong dynamic of change, without risk of being tagged with the dreadful word “organic”. On this B side, it’s not so obvious what we should be focussing on, and this is a strength; the listener must find a centre of gravity for themselves in this ambiguous, shifting pool of noise.

The A side might be more likely to hook in those non-initiates who still cling to the old-fashioned idea of music. It contains ‘Above the clouds a timeless fire’, a slow-burner which may start out wispy and vague, but soon grows into a grand cosmic meditation fit for contemplation of the great metaphysical unknowns. It also seems like it might resolve into a droning chord at some point, thus accessible by fans of ambient music. It’s also possessed of great beauty and clarity. Of all the pieces on the tape this one comes closest to matching up to the cover art, a collage depicting an avenging angel whose body is a swirling galaxy of stars.

Nasciuti’s work also manifests itself in film, installations, live performances; and collaborative theatre and dance works. You can find his work in the contexts of museums, festivals, and universities. From 5th June 2017.