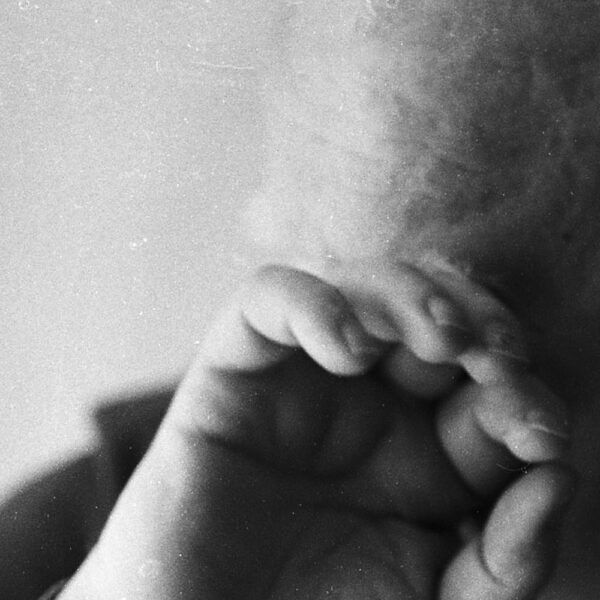 Here’s some unusual Greek electro-acoustic music from the 1970s. The LP En Pyri / Bacchae (HOLOTYPE EDITIONS HOL06) compiles two pieces by Stephanos Vassiliadis, a fellow who was a contemporary of Xenakis and indeed co-founded the Contemporary Music Research Centre with him. Vassiliadis isn’t massively well represented on record, unless you count his appearances on the Hellenic Week of Contemporary Music box set on the Odeon label from 1968 (now a major rarity) or the 1974 compilation Greek Electronic Music 1, which was rescued from oblivion by the Creel Pone label. What there is of Vassiliadis’ work might be a bit distributed; he did sound for theatre productions, records of children’s songs, and wasn’t regarded as a “completer-finisher” as a management guru might call it. On the other hand, he was a great teacher, and his ideas changed the education system in Greece for the better.

Two tunes on this LP. The first piece ‘En Pyri’ from 1973 has a grim subtext – death by fire. It’s his artistic response to a personal tragedy, when his wife and some close friends were involved in a car crash. One way of reading the music’s gradual escalation and increased urgency is his way of depicting the unstoppable and fatal power of flame. But he’s also trying to deal with the tragedy. He himself was involved with the mixage on live performances of ‘En Pyri’, and there are reports that he would always increase the volume as the piece reached its climax. He wanted to get that rush of physical contact with the sound itself. It’s almost as though he was trying to reverse what had happened, turn back time with the power of sound. Highly dramatic. There’s a religious dimension to the piece too; the title comes from Corinthians, a piece of scripture about the truth being “revealed in fire”. The work itself is a composition for tape and double bass, featuring Andreas Rodousakis on the bass; it was realised at Radio Sweden.

With the second piece, ‘Bacchae’ from 1974, we’re on more familiar ground as it’s music for a Greek tragedy and reflects the composer’s work in theatre productions. Euripides’ tragedy is recommended for those who want to witness a dramatic unleashing of Dionysian fury on the stage, or for those who simply like bodies being torn apart in a frenzy of blood-lust. Vassiliadis used the occasion to bring in his collection of recordings drawn from traditional music of Greece – reeds, pipes, drumming, chanting – and melds these sounds, samples if you will, with some hyper-busy and very dense synthesiser music. “Proto-ambient folk-drone electroacoustic” is how the press notes describe it, praising the seamless bonding of these musical forms. Not especially “violent” music, if you were expecting a Merzbow-like assault to match the scene where Pentheus is torn apart by the sisters Agave and Ino, but the sheer density of this music is impressive and rewarding. No wonder he and Xenakis got along so well! On the strength of this piece, I can also say that Vassiliadis’s electronic music is very warm and rich, which immediately sets it apart from the majority of new music / electronic compositions that opt for cold and minimal results. This music was used for a Californian production of The Bacchae, and outside of the seven performances of that play, has never been heard.

A real pleasure to discover these excellent pieces of music, through this project which was realised with help from friends and family of the composer; a real labour of love. From 26th July 2017.