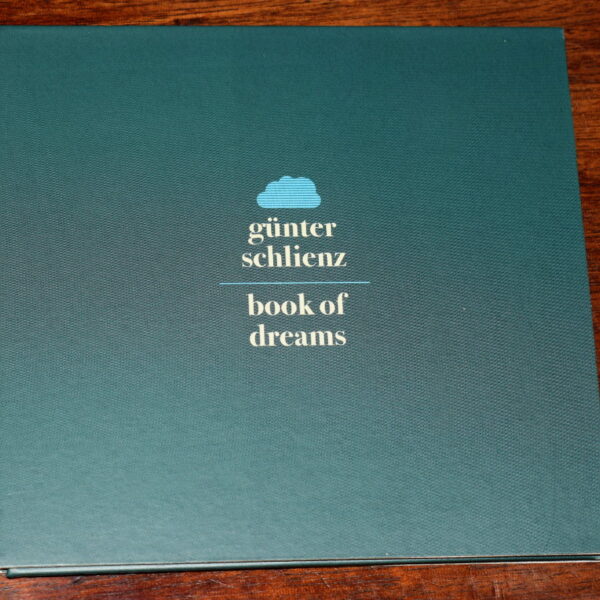 Noted Stuttgart musician and inventor Günter Schlienz in 2017 with his gorgeous Autumn album. All observations made then continue to apply to today’s record Book Of Dreams (ZOHARUM ZOHAR 148-2); it’s simply gorgeous electronic music and recommended to fans of Eno’s Ambient composition or Popol Vuh. A genuine feeling of well-being passes on to the listener. The tunes here were inspired by Schlienz’s own dreams, which he recorded in a diary; it’s his attempt to capture in music the “strange moments between fantasy and reality”. He takes the view that the composition process is a “sober interpretation” of the wilder moments he experiences in his dream life. Even the titles here contain some vivid images, such as ‘The Female Coffee Drinking Dwarf’ or ‘Diving Into The Orange Pool’, so we must assume that Schlienz’s imaginative facilities are in a very healthy state. Book Of Dreams was originally issued on vinyl by Cosmic Winnetou in a run of 100 copies; this Zoharum CD is a repress with two extra tracks. While perhaps slow and samey in tone, the simple melodies he plays are strong and enduring, and the use of major key resolutions and chords is probably what accounts for the calming and uplifting mood of this record. From 20th July 2017.