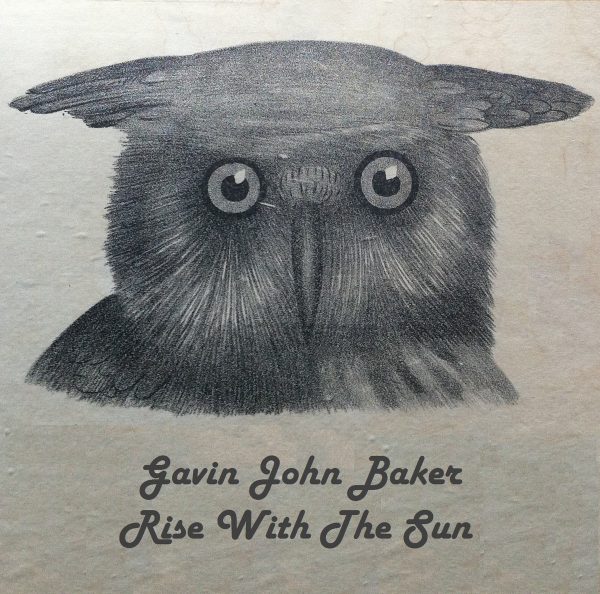 Got a couple of items from English player Gavin John Martin in July 2017. Rise With The Sun (BIG PINK RECORDS BPREC005) is an album of 11 songs delivered in his lugubrious singing voice and supported by minimal semi-acoustic backdrops, with gtr strums, minimal electric solos, percussion…I like the constrained emotion in his singing voice, where he clearly feels no need to overstate his case with soul-singer influenced screaming or belting it out. Reserve and eccentricity – I like him already. These traits, combined with his slightly off-key delivery and self-effacing attitude, make for a curiously affecting listen. There is evidently some meaningful content in the lyrics to which we must pay attention, but I’ll leave it up to you to decipher his very personal critiques of modern so-called civilisation and how it might be impacting negatively on our souls. Let’s just hope he’s not aiming to be another Nick Drake, a fey singer whose appeal has always eluded me.

The other item is a single ‘Stung By A Bee’ (REVERB WORSHIP RECORDS RW 377), made in collaboration with David CW Briggs – excerpts from an album they recently made together, called A Meal For Two. The A Side is a stab at jangly indie-pop with a psychedelic flavour, a genre which I thought had pretty much vanished after 1987 – rather irritating and twee production, but not a bad melody. The B side ‘Who Knows Where The Time Goes’ has nothing to do with the famous Sandy Denny song and is far more preferable to the A side; a lot more honesty in the singing, and a very good combination of singing voices – Briggs, Baker, and their backing vocalist Caroline Nesbo. If these fellows are going to be part of yet another UK folk revival, then I’d welcome a return to directness, strong melodies, and craft in the guitar playing, as opposed to all these pseudo-mystical quasi-pagan modern folky types with their Wicca leanings and occult dabblings, trappings which can often be used to disguise weak musicianship. Baker is English but currently lives in Norway. If he’d been living in the Massachusetts area, we probably could have expected to hear him on Feeding Tube Records any day. From 28 and 11 July 2017.