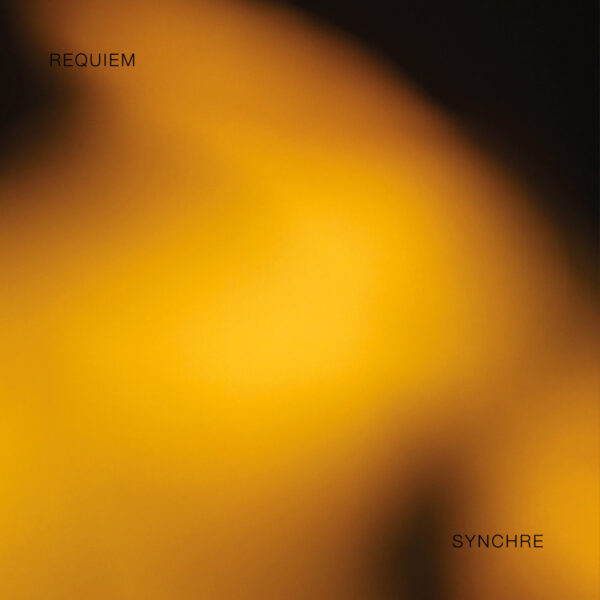 Requiem is a dense album of compressed ideas; high density, heavy mass. Of unassailably modern construction which on two of its three pieces, utilises the almost-forgotten Progressive Rock trope of song titles within songtitles, or movements within a piece, if you will. Sonic Youth have used this device – but a long time ago, on Daydream Nation – otherwise it’s a rarely seen thing these days. I like it. Helpfully, they include a time code for the start of each movement within the track titles in case you get lost.

The musicians responsible for the existence of Synchre are Berlin-based Luca Canciello and Lorenzo Brusci. Canciello has in the past gone by the moniker Climnoizer; his most recent album appears to be 2010’s My Electronik Soft Heart Of My Teknomodal Poet. I particularly like the electronic/guitar Climnoizer track ‘Bubinga’ from the seventh compilation album released by the Mizukage label. Kinda like Tortoise meets late 70s Talking Heads. If it were vegetarian sushi, it would be a plate I would eagerly order several of.

Lorenzo Brusci has in his professional life a highly developed interest in architectural space – so much so that he is involved in sound-related design as part of Giardino Sonoro, a Florence-based team of Environmental Designers who have engaged with projects for 2004’s BBC Gardeners’ World Live Show, 2005 Hampton Court Palace Flower Show. Brusci went on to found, with B&C Speakers’ CEO Lorenzo Coppini, Architettura Sonora Applied Acoustics as a division of B&C Speakers. With this in mind, Requiem could be seen as a show-reel ably demonstrating the quality of their products, as every aspect of the sound production on this album is exquisite. Even the microphone feedback at 8 minutes sounds lovely.

The album comprises one track made up of three movements. Call it a cycle? And could fall into the pigeonhole marked “Contemporary Electronica” but for the fact that it covers a lot of ground stylistically, although it may be more accurate to say it picks its influences from the entirety of contemporary music. There is even some Cageian prepared piano in there. Movement two features a vocal by The Zimbabwebird, using texts in both Zulu and Shona. At around 17 minutes, the piece feels like a woozy nocturnal skiff adrift in a golden sea…