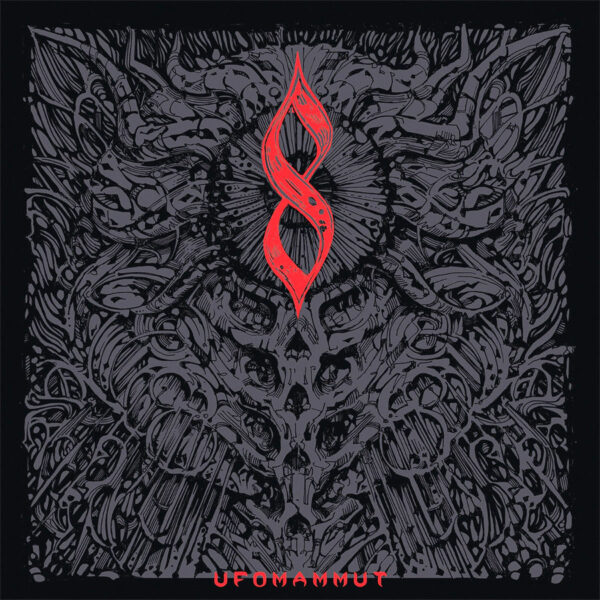 Ufomammut are an Italian rock band who’ve been at it since 1999 – ashamed to say they haven’t shown up on my radar before, as their music strays into several genres of interest, including doom, sludge, stoner, and psychedelic rock…the album 8 (NEUROT RECORDINGS NR103) is I think their second release for Neurot Recordings (after the 2012 album Oro: Opus Primum), though it’s also jointly released on their own Supernatural Cat label.

Eight studio tracks, all titled with single words, played with a punchy tight professionalism; everything about this package emphasises the aggression and power of a punch in the mouth, delivered with the precision skill of an expert boxer who’s also able to hop about the ring in agile manner. Not all guitars, either; the rich sound is fleshed out with plenty of synths and effects, and there’s even a credit given to one member as “soundlord”, a fellow who I suppose is in charge of the watertight engineering, recording, and sound balance. Much to enjoy, for sure. Only two reservations I have: (a) the general saminess of the album – all the tracks sound very similar and come crashing out in the same highly-demonstrative, hectoring, near-bludgeoning manner. But I’ll admit this remorseless refusal to vary a winning formula may actually be one of its strengths. (b) Ufomammut are a bit too generous and profligate with their playing, showing their expertise, achieving technical polish, filling every space; which at times makes me long for those slightly more avant-garde stoner-metal players who aren’t afraid to play less, to leave gaps, to make unusual sounds. Ufomammut just want to do all the work for the listener, and entertain us; in this they succeed admirably.

Band members also form an “art collective” called Malleus or sometimes Malleus Rock Art Lab, who provided the artworks for this, and indeed most of the records in their catalogue. As you can see it exhibits the same watertight, densely-knit qualities as the music, no lumps of fat or gristle, and emerges like a darker twin brother of Rick Griffin’s psychedelic art. For those seeking more from this band, I sense that 2010’s Eve LP is the one to get, with some reviewers of it making favourable comparisons with Sleep, Om, and Dopesmoker. From 16th August 2017.