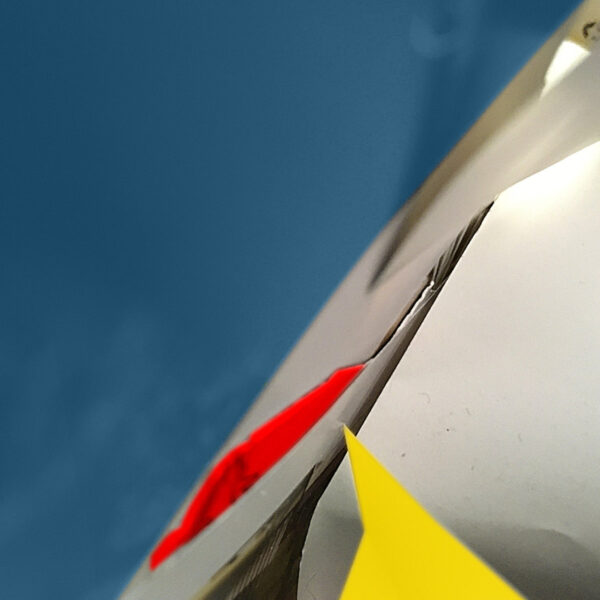 Got a box of cassettes from the Ruton Music label in Helsinki. Check in now if you want to get physical copies of these limited Finnish beauts. From 12th June 2017.

Anton Nikkilä is a firm fave here in the grim concrete walls of the Sound Projector complex. Think we last heard him with the New Adult Contemporary tape he made for Guggenhavn Archive. It was a brilliant intellectual stab at modern alienation, corruption, and general disaffection with the state of the world today. These ideas always resonate with me, none more so than in today’s bleak prospect. Anton is perfectly able to do the group playing thing (most notably with the wonderfully grimy Astma band) but he’s also at home with the solo thing, happily taking apart whatever Swiss watch is placed on his desk just to see what makes it bleed. I’d be happy to own a single pair of tweezers to put in my medicine cabinet, but we can only dream of the precision toolkits that Nikkilä must have at his disposal.

On New Constructivist Moment (RUTON MUSIC RUT-021), he might be enacting a form of cut-up and edit action with his chosen sounds, but it’s done on a very physical scale – right from the start it feels like he’s working with blocks of sound, pushing them around like building bricks, and slicing them as needed to fit into his configured plan. I’m well aware that “blocks of sound” has been used as an idea or metaphor to account for the compositions of Edgard Varese, but he still had to score everything for orchestral players. Here, it really feels like Nikkilä is sizing up each slice and slab in his hands before cementing it in place. My ravings aren’t too far off the mark if you consider that this release was inspired by Russian avant-garde art – hence the title – and presumably our fine Finn is conversant with the works of my favourite black and red geometric squarepushers, such as Rodchenko and Popova. Apparently he’s melding their ideas with his digital workspace “in an arbitrary and subjective fashion” to make the bizarre abstract slivers we hear soaring in the stratosphere today. It’s mainly to do with stretching out sounds, or stopping them dead.

I’m totally on board with both the tenets of this plan. He may call it “subjective”, but I would say that everyone should apply their own “take” to modern art from any era, clasp it firmly to their own hearts and learn from it, and not listen exclusively to the received wisdom of the “experts”. Too often art history turns living art into fossils, and that deadens our thinking, and causes art to lose its vitality and meaning. That said, it took the Tate Modern website to remind me that the keyword for this art is “austere”, and the insistence on making art that reflected something actual from the real world. You might almost say that Tatlin and Rodchenko invented Industrial Music, except it’s not as simple as that. And while he may call his actions “arbitrary”, I would prefer the term instinctive; there’s nothing random about what ends up on the finished tape.

Through his genius, Nikkilä creates imaginary geometric planes that are rich enough for a man to wander around for days, exploring this new city through blueprints of the mind. He also captures and stores real-time events in a strange new way that makes it possible to replay them, in ways far more imaginative and meaningful than you’d see in any sci-fi movie about time-travel or virtual reality. Tremendous. C18 limited to 75 copies, but can be streamed from the Guggenhavn Archive.