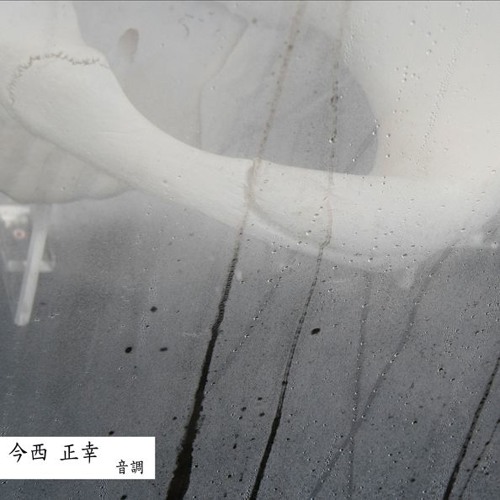 Masayuki Imanishi’s Tone (ini.itu #1502) is a wonderful LP of minimal gestures…he’s doing things with radio, field recordings and paper which I can’t understand, yet they are supremely fascinating. Yes, paper…I have heard one Japanese record before of a performer some making sound with paper in bookshop in Tokyo [1. The record is Santa, PRESQU’ÎLE RECORDS PSQ001, 2006. The paper was played by Taku Sugimoto.], which was surprisingly compelling in proportion to the amount of effort expended by the perpetrator. Imanishi likewise may not appear to be exerting himself much, but very often it takes a lot of work to be as restrained as this, holding back from the grand gesture or the over-amplified volume. There’s much imagination and innovation in the arrangement of layers or sound events or situations; I admit it’s far from clear what might be going on here, but everything coalesces nicely and the plan always comes together. Nothing really sounds natural or familiar, yet neither is it processed into some artificial digital gloop.

Can’t find out much about this fellow, not even from his own website which, like the music, is quiet, modest, unrevealing, saying no more than necessary. On the other hand, there is a back catalogue of other releases, compilation appearances and collaborative works, going back to about 2007; and there appears to be an interest on his part in small objects which might be used for sound-generation. This may tempt the reader to liken him to the UK’s Lee Patterson. While I’m not as familiar with Lee’s accomplishments as I should be, may I refer you to this vivid description by Paul Khimasia Morgan. Fascinating record and I will look out for future recordings by Masayuki. Arrived here 8th May 2017, but was released in 2016.