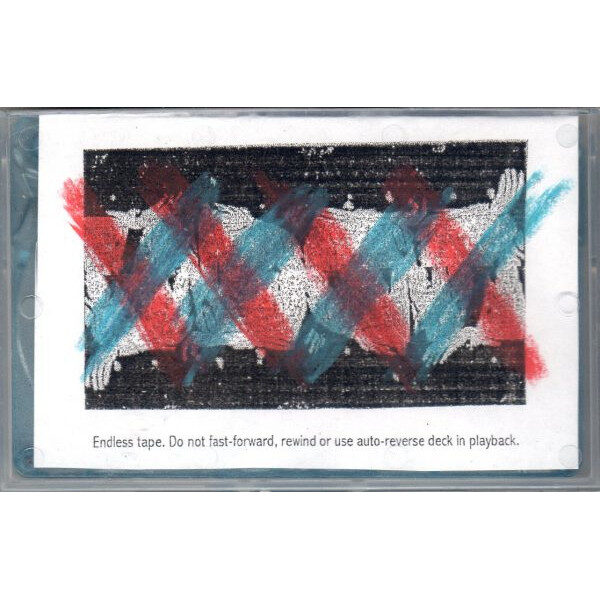 Last item in this series is a tape loop experiment presented as a C6 cassette. Mika Taanila made Presents (RUTON MUSIC RUT-022) through collaging two versions of a pop song: ‘Past, Present and Future’ was originally recorded by The Shangri-Las in 1965, but also by Agnetha Fältskog from ABBA in 2004. Taanila has put together in what used to be called a mash-up (don’t know if this is still practised, but I kinda miss the mash-up). This may seem simple enough, but it’s quite layered intellectually. Firstly, I suppose it’s of interest that this particular tune had already lifted a tune from musical history – it contained a phrase from the Moonlight Sonata. Secondly, the repetition of the words “past, present and future” comment on the entire process, referring directly to the layering of musical history on top of itself in a series of strata. Thirdly, there may be some subtle comment on the gradual debasement and corruption of culture, as we shift from classical music to pop music by way of a gentle sloping movement, so subtle we barely notice our own descent. The cassette (50 copes only) is issued with a hand-coloured 3D cover artwork.