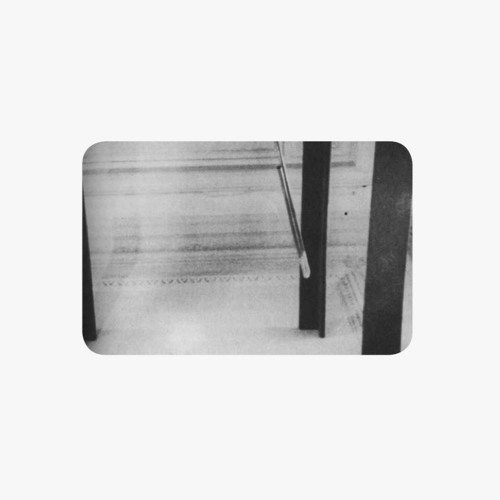 Recorded as two different mixes of the one work “Umwälzung” for Werner Durand, to be used as backing tapes for a performance in February 1990, these hour-long instrumental pieces are mysterious and melancholy epic exercises in creating, maintaining and building up atmosphere and mood to a point where the music becomes unbearable and crushing. The two mixes don’t differ much structurally and yet I swear they are very different, in their details and their moods.

The second recording (CD2), made a week later than the first in January 1990, is a little shorter and, with additional sounds here and there, is slightly richer and a bit more complex in mood and atmosphere. There are more found sound recordings on CD2, with murky-sounding snippets of thunderstorm distorted into something almost unrecognisable in parts. Ocean waves, whipped up into a wintry freezing phantom, features as well.

Of course this means that CD1 is a relatively more straightforward recording where the moods can seem more stark and uncompromising, though in degrees rather than in approach. This does not mean that CD1 is more mournful and grey – it’s actually a bit less so – it’s just perhaps a bit more palatable and easier to assimilate than the second recording.

On both recordings, the music tends to be unassuming for the most part until about the last 15 – 20 minutes where it becomes a countdown to an inescapable and crushing death-knell doom. The sounds that pass in and out weave a hypnotic spell that is difficult to resist, even though the music promises more dark mystery and melancholy. Ghosts may be present but they tend to be more resigned to their fate and indifferent to those listeners who observe them. Eerie high-pitched space sounds pique your interest and draw you deeper into this intriguing universe. As the music progresses, it becomes very spiritual with the addition of solemn organ melodies and drones, and the direction becomes ever more interior as the organ tones begin to dominate proceedings.

I find that I have to be in the right mood to hear these recordings; my mood tends to be better in the afternoons and the evenings when the day’s work is done, and the time for rest, relaxation and reflection beckons. Other listeners may find that the weather and setting have to be just right: perhaps a grey, slightly overcast day, with few birds about (all having left for warmer climes, no doubt), the temperature cool but not cold, and the appearance of the landscape wherever one looks is tending towards grey, whether the original colour is green, brown, blue or otherwise.