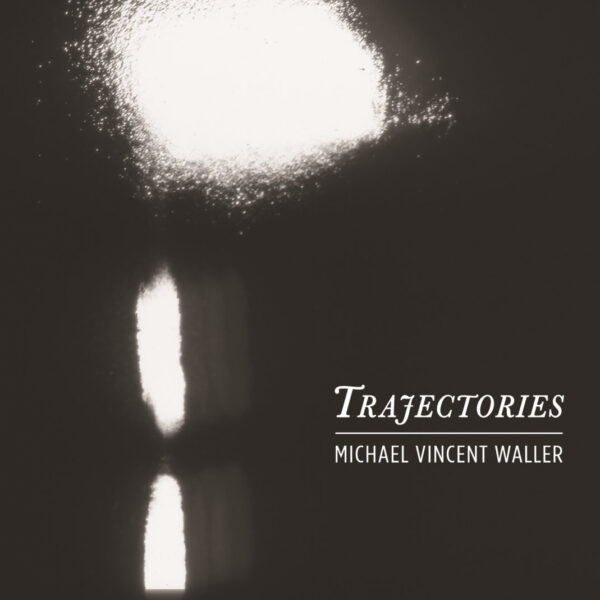 We at SP were taken with Michael Vincent Waller’s double-disc debut, The South Shore, which I noted for its ‘elegant, emotional and complex, yet somehow sparing form’. Even in transit from solo to chamber formats, his tendency inward evoked Sam Pluta’s question as to how Morton Feldman could have possibly composed his music in New York. The same could be asked of Waller, whose debt to the respective minimalisms of Satie and Riley (and a ghost of Yann Tiersen) remains as evident in his new collection, Trajectories, as the sense that he’s found an unusually quiet spot to do his writing. Even more taken with this second set than his first, I would strongly recommend that potential listeners find somewhere similar.

While not venturing far from The South Shore, it confines itself to six pieces (divided into 17) and mostly to piano, with a mellifluous wisp of cello to accent its otherwise sparse and liquid contours. Words like ‘lyrical’ and ‘introspective’ have also become synonymous with Waller’s work, quite justifiably, such is his talent for endowing even pauses with the ineffable poetry of otherworldly diffidence (kudos to pianist R. Andrew Lee of course). No less lyrical are “Blue” Gene Tyranny’s slightly mawkish liner notes, which offer florid descriptions of the music’s mechanics and its emotional impact; like an intricate and poetic technical manual. Electro-acoustic storyteller Paul Dolden has long been interested in the intersections of music and mythology, coding his theories on the sounds of ancient cultures as densely textured metaphors, from 1990’s ‘Below the Walls of Jericho’ to today’s ‘Music Of Another Present Era’. In Histoires d’histoire, he feeds us his intoxicating blend of memory, musical scales and imagination as a pan-global soup of backwards gongs, scattergun samba flurries and hyper-real ensembles whirling on a carousel of mythical time; martial percussion rattling off in Janek Schaeffer nostalgium; microtonal musics of diffuse cultures united by their complexity, faux-improvisational verve and shamanic ecstasy.

The outlier (of sorts) is the jam sesh in ‘BeBop Baghdad’ where some righteous six-string noodling competes for breathing space with a molten brass band. I wonder if this is what Derek Bailey dreamed of after jamming with Buckethead at Company ‘91? A striking and visceral listening experience throughout, but aesthetically and socially a perfect fit for the Empreintes DIGITALes label, which is a stable of mostly Francophone electroacousticians who’ve been showered with awards for outstanding achievements in the field of electronic excellence… if you’ve not stopped by, then here’s your chance! 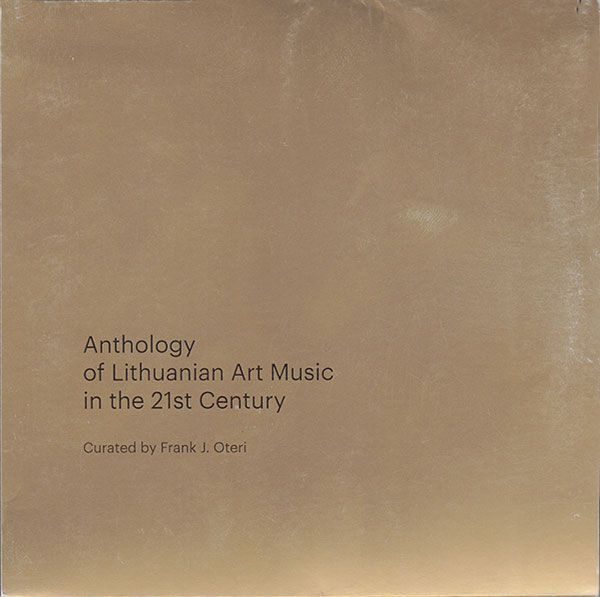 “There are only 24 hours in a day, seven days in a week, 365 days in a year, and if we’re lucky we might live to be 90 years old… you can only listen to so many pieces of music. So there is a limit. But I hate limits. I wish I could listen to everything all the time, and I wish that other people could have access to this wide range of music”

Thus expounds the American composer and journalist Frank J. Oteri on the exigencies of compiling the 2CD Anthology of Lithuanian Music in the 21st Century from among 300-odd pieces submitted. Given his evident distress, I wonder why he didn’t have the Music Information Centre Lithuania (MILC) simply stream the lot and be done with it, especially as it isn’t clear how would-be listeners can obtain said anthology. I’m sure his heart was in the right place: Lithuanian music doesn’t exactly suffer from media overexposure, so this seems sincere enough a redress. That said, there’s a whiff of the ‘vanity project’ about the whole thing: MILC’s decision to outsource curation to an American, not a compatriot nor affiliate, though there’s equally a sense of play for the international audience. Not a word of Lithuanian is spoken for one thing, compared to about four words of English (the numbers 1-4). Unsurprisingly, Oteri’s eighteen picks were ‘like a cold shower’ to the MILC, which I suppose means they had something more ‘canonical’ (read: insular) in mind.

Sidestepping the dutiful, historiographical route that tranquilizes all but the hardiest of researchers, our curator’s guiding principle is sociological, motivated to ‘reflect’ social diversity in the 21st century. While gay listeners will have to look to Oteri’s earlier anthologies for more explicit representation, the Anthology at least establishes age and gender balance among the composers in the hope of resonating with demographically similar listeners who may be inhibited by the mysteries of modern composition and their elitist discourses. Such criteria, his argument goes, reflect the ‘broader world’ of composers, whom we might otherwise count one two hands (the ‘dead old men from France and Germany’) and listeners alike. He likens the anthology to a ‘sound postcard’ from Lithuania: one that can cross borders with a blend of the familiar and heterogenic.

I’d upgrade that comparison to a blogpost or travel program, but ultimately agree that the collection is much more approachable than other anthologies of the patriotic ilk (yes, I’ve reviewed a few…), and while proceedings are confined to the concert hall (i.e. post-classical / avant garde numbers) this one offers all of the bloodsport your Spotify algorithms filter out (‘Chromatography’ for 10 accordions anyone? ‘Scratched Duo’ for violin and piano?), while leavening the cacophonous and bananas with more minimalist and even ambient turns (the calming sea of voices on ‘The Blue of Distance’). Something for everybody I guess, as long as the above conditions appeal. And worth investigating, provided you can actually track down a copy. The MILC doesn’t exactly force the thing on you. There is mention of the anthology being given away gratis, so you could try contacting the website or just turn up in person and ask for a copy. Either way, let me know how you get along.